In May of 2009, Google started giving people signing up for YouTube accounts, Google accounts too. A little over a year later, the company announced that it would start requiring all YouTube users to have Google accounts.

This occurred during a time when the tech world was really waiting for Google to unveil a new social offering to help the company compete with Facebook for users’ social graph and online identity. Back then, this was still being referred to throughout the Blogosphere as “Google Me,” which would later come to be known as other things like “Google+1,” “Emerald City,” or the one I prefer – a “social layer,” which is how Google has described it, and makes it seem like more of an integration of existing products, rather than a whole new product, which I think is more what we’re looking at (even if new products do come into play). 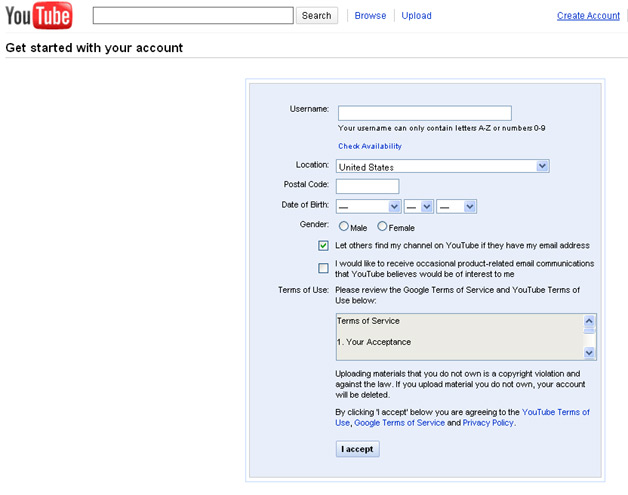 The bottom line is that YouTube is Google’s most used social media product, and that tying it to the Google account is smart in terms of getting people on the web to be a part of Google’s “social layer” and use Google for their “identity”. It’s not making people turn away from Facebook, but it helps give Google a good slice of that.

You’re probably asking yourself “Why am I being required to connect my YouTube Account with a Google Account?” Well, let’s use an analogy. Imagine instead of that sleek new mobile phone you bought last year, you were instead carrying around one of those big brick phones from the 90’s. It might still make calls, but it would be slow and bulky and unable to do 90% of what current smart phones do. Your old YouTube account is a lot like that cell phone. It still works, but it’s not as fast, secure and efficient as the Google Account we’re asking you to link to.

While we understand that change isn’t always welcome, we’re confident that this transition will result in a better experience for you on YouTube. Not only does connecting your YouTube account to a Google Account improve your account security, it will also give you better video recommendations and quick access to the very latest updates and features which our engineers are releasing on the site every week.

As an added bonus, you now have access to numerous Google services like Gmail, Google Docs, and other key components of Google’s overall strategy.

It’s interesting that we’ve been talking about this alleged social layer of Google’s for so long, and yet we’ve still yet to really see it all come together in any new, significant way. Granted, there have been subtle things like Google’s updated social search results, and the Profile pages updates, though it hardly feels like that was a huge change that has shifted interest in the profile.

The redesign of the top navigation bar across some of Google’s products may provide a hint at the strategy Google is still constructing as well. There have been rumors of a toolbar-related element to the “social layer”. Then there was the “Google Circles” rumor that popped up during SXSW.

Perhaps we’ll see some wheels start moving faster once Google gets all of its YouTube users on as Google account holders.