Freshworks CEO: What We Really Have is a Business Model Disruption

In 2010, Freshworks started as Freshdesk with a dream to make a dent in the world of customer support. The company has grown exponentially since then, moving well beyond customer service offering products that compete directly with Salesforce and others… 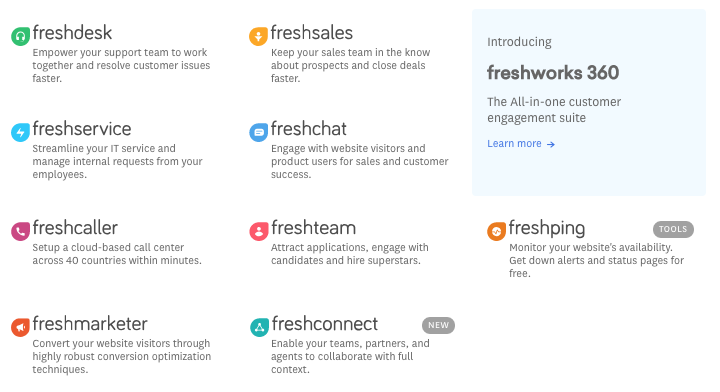 By necessity, from their humble beginnings in Chennai, India eight years ago, Freshworks brought an innovative sales and marketing approach which enabled them to compete globally immediately.

What We Really Have is a Business Model Disruption

What’s different with our approach is that you have to really understand the US model or the Silicon Valley model of scaling a SAAS business. It’s not suited to serve the long tail of the global SMB. The model is dependent on going upmarket and selling to the enterprise because when you actually have salespeople and the territories are shrinking and you want to grow in revenues you really want to go upmarket and close those million dollar deals or 350k deals.

What we really have is a business model disruption where we are able to serve the long tail of the global SMB profitably. To understand this you have to probably look at the only other company that I can think of is Atlassian, which also started off outside the valley. When that Atlassian IPO happened I’m sure you also saw along with the rest of Wall Street in Silicon Valley on how different the economics of the model was.

Even though Atlassian didn’t have a lot of SMB customers, their highest price point was $8,000. Even Walmart paid them their $8,000 one-time fee. I think what Atlassian shows you is a glimpse of a different model where you call it the flywheel effect, where a lot of teams just buy the software off the web and then you grow through land and expand inside these companies. That is the closest model that I can tell you.

Because we started in Chennai, India about eight years ago, we did not have any customers in Chennai and we didn’t have many customers in India for that matter, so we were actually from day one we had to go global. Our first customer came from Australia. When we had six customers we had them from four different continents. When we had 70 customers the average that a customer was paying us was $30 a month. The average revenue per customer was $30 a month in 2011.

We were really starting from the SMB, then we started building more products, expanding our product plans, expanding our portfolio, offering customers more features to get them to upgrade, or add more agents or try other products. I think what we had is fundamentally a different business model of acquiring customers online and selling profitably to the long tail of the global SMB.

What helped us was like the tailwind that we rode, in hindsight, I can tell you were all the SMBs actually going through this digital transformation. SMBs did not have the budget 13 years ago to go spend a hundred thousand dollars for on-premise software. Today, they can put on their credit card $100 or $200 a month and actually buy software. We were probably at the right place and at the right time in terms of bringing that software to them and being able to sell to them globally from Chennai.