George Colony, who founded Forrester Research about 17 years ago and continues to act as its CEO, knows a thing or two about both the tech industry and leadership. Unfortunately for Facebook CEO Mark Zuckerberg, that means a harsh new critique is likely to garner lots of attention over the next few days.

Colony’s analysis didn’t quite cross over into the territory of a personal attack. He was even complimentary at times, writing, “Zuckerberg appears to have the raw material to be a great CEO — vision, technical knowledge, high IQ, creative thinking.”

Still, Colony made more than a few unkind remarks. He claimed, for example, “Mark Zuckerberg’s skills as a CEO are overrated. . . . Zuckerberg’s media profile vastly overshoots his abilities.” 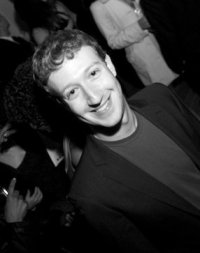 Also, Colony wrote, “What can Mark Zuckerberg, CEO of Facebook, teach other CEOs? Not very much. To date, he is a one-trick pony — a leader who has expertly refined and polished one very, very big idea — remaining unproven beyond the borders of that idea.”

These comments could cause a few Facebook supporters to rethink their position, if only because of the source. Forrester Research has a very good reputation in some quarters.

Or maybe the development will work in Zuckerberg’s favor. A significant number of people have already come forward to defend him in the comments section of Colony’s blog post.