Flixster and BuddyTV Team Up on Ad Sales

Flixster has announced a partnership with BuddyTV, which involves the creation of an advertising platform to reach users of both networks.

Flixster says it has a U.S. audience of U.S. audience of over 20 million people a month, with an additional 7 million users on its mobile apps for iPhone, iPad, Android, BlackBerry, and Palm Pre. Of course it also has popular apps on Facebook, MySpace, and iGoogle, as well as the very popular Rotten Tomatoes. BuddyTV says it reaches 8 million a month.

"Together, Flixster and BuddyTV will reach more passionate entertainment influencers than anyone else in the market," says Flixster CEO Joe Greenstein. "This is a terrific partnership that capitalizes on each company’s growth in social networking, mobile and online to reach a huge and influential audience of trendsetting consumers." 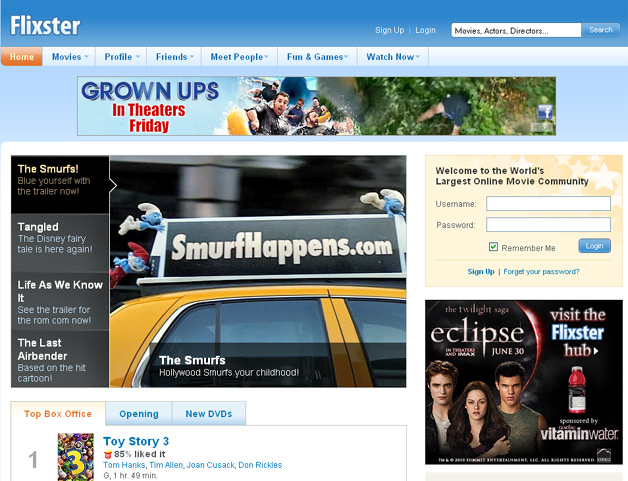 "Combining the leading social and mobile entertainment sites in TV and movies provides advertisers with an opportunity to connect and surround digitally savvy entertainment consumers exactly when they are making decisions about how to spend their leisure time and leisure dollars," says James Smith, recently hired by Flixster to expand the company’s ad sales.

In fact, it is Flixster’s sales team that will handle the entire combination of Flixster, Rotten Tomatoes and BuddyTV in the U.S.