Firefox 4 Official Release – Was It Worth The Wait?

While Firefox 4 could be obtained yesterday, today marks the official release of the Firefox 4 (RC) download. For those who are keen towards browser advancements, these past couple of weeks must feel like heaven. We’ve taken a couple of steps towards the implementation of HTML 5 with the release of Google Chrome 10, Internet Explorer 9, and Firefox 4. Is Mozilla’s latest release up to the challenge?

The Interface – A bevel too much…

We’ll start with the less technical aspects of Firefox 4, as many have little use for the more intensive features of Firefox. I’m currently on the Mac version of the web browser, which actually looks a bit different than the Windows version.

Like in previous iterations, the browser interface is designed to mirror Safari in a lot of ways. The top portion of the browser is colored directly like Safari. The only major differences are the shape of the back/forward buttons, and the tabs are on top of the address bar when using Firefox 4. Oh, Mozilla also has their home and bookmark button to the right of the Google search bar instead of the left.

My only real complaint with the Mac version of Firefox 4 is the deep bevel the tabs have when sitting atop the address and search bar. I don’t know if the irksome feeling comes from my hatred of bevel from Photoshop, but I don’t like. Feel free to ignore this inkling, however, as I’m sure there are plenty of bevel supporters out there.

The differences in IE9 and Firefox 4 feel much more distinct, and I actually prefer IE9’s interface. Microsoft really took a glance at Google’s playbook, as the more I use IE9 the interface reminds me of Chrome. While there’s no glaring negatives found on Firefox 4’s interface for Windows, it comes off busier in the top bar area than IE9.

Firefox 4 is fast. I could really leave it at that three word sentence and be done. Instead, I’ll dive into a bit more of the details behind the heightened speed. I’m not going to get caught up in comparisons to other browsers. The load times for the three latest versions of Chrome, IE, and Firefox are very close. In fact, depending on where you want to look, each one performed better than the other in certain benchmarks.

Firefox 4 is much more javascript friendly than the previous version. I’ve it put through the paces on some extremely javascript dense sites, and the difference between 4 and 3.6 is like night and day. I put the browser through my ESPN3.com test. Firefox 4 was like a cheetah in comparison to 3.6, and IE9 wouldn’t even load ESPN3. Due to this test, I know which browser will be used at home as I access my most used site.

Another cool feature Mozilla provides which could add to the speed of browser usage is “Mozilla Sync“. This allows you to save the data on your browser then transfer it to other computers and mobile devices. It certainly beats the old methods of emailing passwords to yourself, or writing them down.

HTML5 – The future of the web, and Firefox 4 is ready…

While there have been some major upgrades, most of them pale in comparison to the support of HTML5. Hardware acceleration, HTML coded hi-def video, 3D graphics, and a lot more additions can be found in HTML5. Of the sites I’ve tested Firefox 4 on, the browser has passed with flying colors.

Here are a couple examples of the power HTML5 has in terms of bringing a new experience to the internet:

iPaint – This beta web app has taken all the functions of MS Paint, made some additions, and have brought them all to the web browser. Firefox 4 loads the app perfectly, and after using all the functions provided the browser didn’t hiccup once. Have fun laughing at my crude image, provided by iPaint. 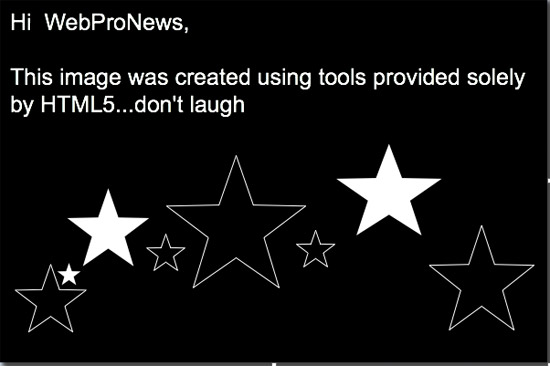 Motivational Poster Creator – This app is from Mozilla’s demos, and it highlights how HTML5 can allow users to take offline files and implement them within a web page. I can think of no better way of demonstrating this than with a Motivational Poster. Again, all of this was done using tools provided by HTML5. Enjoy. 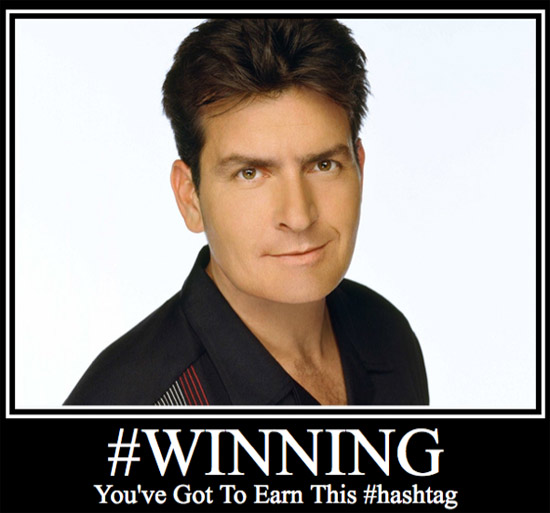 The browser handled the entire process of accessing my image, embedding it in the webpage, and adding my custom text perfectly.

The browser to win them all?

There are a couple of more additions to Firefox 4 that will take some time before full judgement can be rendered, specifically with the security capabilities added onto this version.

At first use, I can find zero reasons why someone shouldn’t use Firefox 4. On the flip side, there’s no reason beyond some Firefox add-ons, that I would recommend this browser over Google Chrome. Due to IE9 failing my ESPN3.com test, I’ll probably switch off between Firefox and Chrome at home.

I did run into an interesting cache issue with WordPress, which involved overwriting an image. I had to clear my cache before the change registered, which is something I’ve never had to do while using 3.6. Has anyone else noticed any slight quirks?

How has your experience using Firefox 4 been? Even though it’s still early, first impressions mean a lot. What have yours been like?