Internet Explorer 9, the newest (finalized) Web browser around, may not have much time left in which to enjoy that title.  Damon Sicore, Senior Director of Platform Engineering at Mozilla, has indicated that Firefox 4 will launch on March 22nd barring any problems.

We’d caution everyone not to get their hopes up too high.  In January, Sicore predicted that a launch would occur before the end of February, so delays have been known to occur.

Plus, given that Internet Explorer 9 has gotten great reviews with respect to both speed and user-friendliness, it would be reasonable if execs at Mozilla wanted to take some extra time to ensure everything’s perfect. 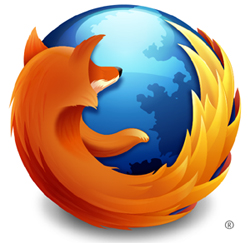 Still, Sicore wrote in a post directed at Mozilla developers, “Firefox 4 RC1 has received a very warm welcome; it’s time to make a decision to ship.  As of now, there are no known issues that would stop us from shipping RC1 as final.  At the conclusion of our regular 11:30AM triage session on Wednesday, March 16th, release drivers will decide whether to ship RC1 as Firefox 4.”

Then Sicore added, “March 22nd is the day we would ship.  Both IT and Marketing have indicated that March 22nd is an acceptable final launch date.  If at any time we discover issues that would block final release, we would issue an RC2 as soon as possible, reset the ship date, and communicate to everyone.”

So cross your fingers, Firefox fans.  Or better still, use this as a reason to get your hands on the release candidate, since it’s apparently quite polished.