The UK online display advertising market for the third quarter of 2010 showed strong gains compared to Q3 2009, according to the latest report from comScore.

UK Internet users received more than 221 billion display ads during the third quarter, marking a 34 percent increase compared to a year ago.

“Following the ad recession that occurred from late 2008 through most of 2009, we are now seeing a strong resurgence in the online display ad market,” said Mike Read, SVP and Managing Director, comScore Europe.

“A key driver of this growth is the retail sector, which increased over 300 percent in terms of impressions delivered since last year. In the run up to Christmas with consumers searching for gifts, the growth in online advertising is likely to continue its ascent.” 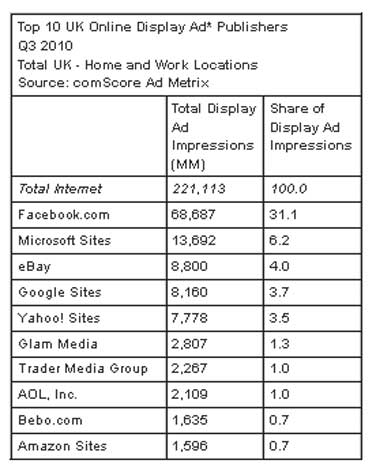