Not only has Facebook gathered huge numbers of members – half a billion at the last count – but the social network has also become the number one social presence in many countries, displacing some home-grown domestic social networks. 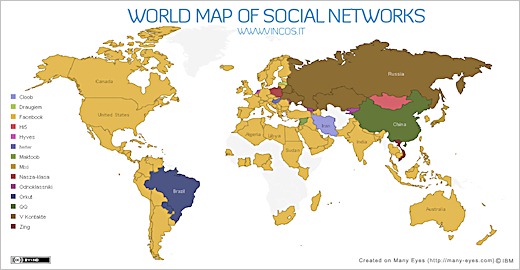 A glance at the world map of social networks 2010 you see above shows a clear picture of the colonization (for want of a better word) of Europe, for instance, where Facebook has displaced its competitors in France (Skyrock used to be #1) and Germany (StudiVZ, although they might argue the rank). 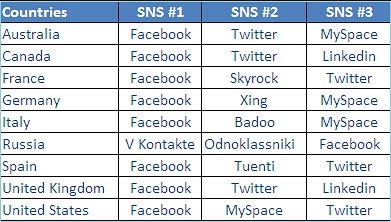 An interesting aspect is how Twitter appears in this list: in second place in Australia, Canada and the UK and third place in France, Spain and the US. I’ve always seen Twitter as a social network as opposed to simply a micro-blogging tool; it looks like many others do as well.