Facebook launched its new social plug-ins at its F8 developer conference last month, as part of the company’s Open Graph initiative. It was no surprise that so many sites rushed to implement them.

"It’s only been two and a half weeks since f8 and in that time more than 100,000 sites have tapped into the social graph by implementing Facebook’s social plugins," a representative for Facebook tells WebProNews.

"From news and publishing, to entertainment and sports, a wide range of industries and verticals have integrated with Facebook’s tools to boost engagement and give people a more personalized experience online," she adds. 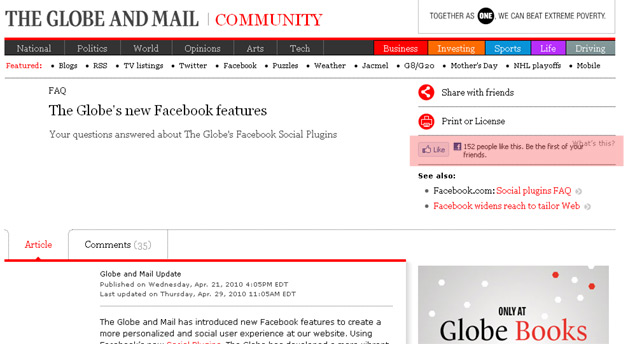 She also shared some interesting stats from some noteworthy sites who have implemented the plug-ins and/or Facebook log-ins:

– NHL.com – Seeing an 80% increase in referral traffic from Facebook

"We think the story behind these stats is more important than the stats themselves," says Facebook’s Justin Osofsky. "As we’ve found on Facebook, people share, read, and generally engage more with any type of content when it’s surfaced through friends and people they know and trust."

Facebook’s integration with Yelp drew a bit of bad press, as it exposed a security flaw, but that was quickly patched. Still, some are wondering if we will see these types of things start happening more often as more sites implement Facebook functionality.

May 11, 2010
Latest Posts
Registration is disabled.