A new offering called Facebook Social Deals was launched in five cities today. It’s a service similar to Groupon or LivingSocial, where merchants offer highly discounted, time-sensitive deals to their customers. The product is well-integrated with the overall Facebook experience, it’s not intrusive, and it has sociality built-right-in, enabling individuals to not only buy deals, but also promote them to their networks using other familiar capabilities such as the Facebook “Like” button. 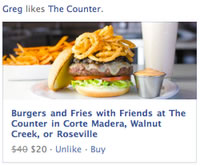 It may be a mortal blow to Groupon, the current leader of the daily deals pack.

The illustrative example here for Groupon may be a company from Bubble 1.0 called PointCast. PointCast was the hottest property on the dotcom block, and had been the target of a $450 million buyout offer from News Corp in 1997. PointCast, certain they were on to the Next Big Thing, spurned the offer (not unlike how Groupon rejected Google’s $6 billion offer just a few short months ago).

Shortly after PointCast rejected the News Corp offer, it fell out of favor with customers, suitors and investors, and went into a corporate death spiral from which it never recovered. After being valued at almost half-a-billion dollars, PointCast was sold a short time later for a mere $7 million bucks.

So, what do you think? Does Groupon have something that’s so unique and valuable that it can withstand the Facebook onslaught that was launched today? Or are they about to get slaughtered? 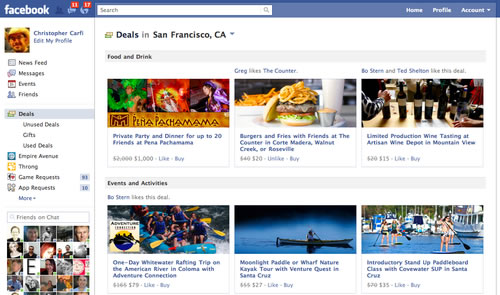