Every now and then, rumors will start about a mythical Facebook phone. Eventually, Facebook will shoot them down, as is the case this week.

The rumor, this time, was that HTC was going to launch a Facebook branded phone at Mobile World Congress next month. Details of the phone were made available as well, and rumors began to spiral into "Facebook’s going to compete with Apple and Android" territory.

Not so much. From Reuters: 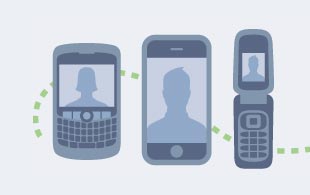 "This is really just another example of a manufacturer who has taken our public APIs (application programming interfaces) and integrated them into their device in an interesting way," said Dan Rose, head of business development at Facebook…

"The rumors around there being something more to this HTC device are overblown," Rose told journalists at a company event in London. Asked whether the device would be Facebook-branded, he answered: "No."

You may recall when such rumors went around last year. Facebook gave WebProNews the following statement in the comments of an article we did about it:

“The story, which originated in Techcrunch, is not accurate. Facebook is not building a phone. Our approach has always been to make phones and apps more social. Current projects include  everything from an HTML5 version of the site to apps on major platforms to full Connect support with SDKs to deeper integrations with some manufacturers. Our view is that almost all experiences would be better if they were social, so integrating deeply into existing platforms and operating systems is a good way to enable this. For an example, check out Connect for iPhone and the integration we have with contact syncing through our iPhone app. Another example is the INQ1 phone with Facebook integration (the first so-called “Facebook Phone”). The people mentioned in the story are working on these projects. The bottom line is that whenever we work on a deep integration, people want to call it a "Facebook Phone" because that’s such an attractive soundbite, but building phones is just not what we do.”

Facebook CEO Mark Zuckerberg himself then did an interview with TechCrunch to set the record straight, in which he detailed the company’s mobile strategy. Essentially, Facebook wants to be everywhere – on all phones. Given the new app for feature phones, just announced last week, they’ve got to be pretty close.