This weekend, word spread that Facebook had raised $500 million in funding at a valuation of $50 billion, and following that, we imagine a few early employees and investors placed orders for Ferraris and the like.  The company, meanwhile, has hired Sean Ryan, who previously helped oversee News Corp.’s gaming division.

Of course, the timing may be coincidental, especially considering that neither development was either announced or confirmed through official channels.  Still, it looks like Facebook has secured a valuable asset in Ryan.

The evidence: Ryan only started at News Corp. in July, but he held the title "Executive Vice President and General Manager of Games" while there.  Also, Ryan served as the CEO of Meez (a social network/virtual world company) for a time, and spent a couple years at Sega a while prior to that. 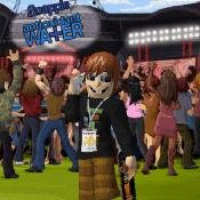 Even earlier in life, Ryan got a degree from Columbia University, too.

As for what he’ll do at Facebook, Kara Swisher, who was first to report the move, wrote, "[A]t this point at least, Ryan’s main job will be a high-profile developer relations dude – in essence, keeping Zynga CEO Mark Pincus in line and also, presumably, happy."

That should prove profitable for everyone, considering the amazing rate at which Zynga’s game CityVille is growing.

The picture representing Ryan is one he posted on his own LinkedIn profile, by the way.