Facebook moves fast.  On January 21st, the company broke ground on a custom data center in Prineville, Oregon.  Now, it’s named the facility’s manager, and proven with a handful of photos that construction is coming along quite nicely.

Let’s start with the personnel announcement.  Ken Patchett has worked for Compaq, Microsoft, and most recently, Google, which pretty much establishes his competency.  Also, he’s dedicated enough to Facebook (and to his family) to take the job at the Prineville data center while allowing one of his children to finish up high school in Hood River.

One other important point is that Facebook has stated that Patchett is the data center’s manager "effective immediately," which takes us to the subject of how quickly it’s being built.

The photo you can see below says a lot.  The data center isn’t supposed to be open until early next year, and of course, there’s a lot more to the setup process than building a roof and four walls, but it’s at least hard to imagine that Facebook’s running behind schedule. 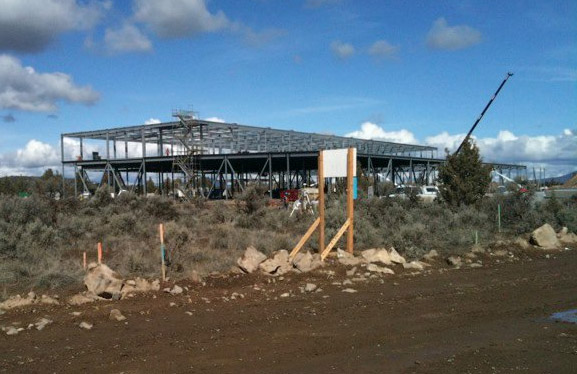 Hat tip goes to Rich Miller.  We’ll try to provide further updates as Facebook moves beyond the concrete-and-steel stage and starts to bring in servers.

Yahoo Entertainment For The iPad Debuts