Kenny Powers, the main character from HBO’s Eastbound and Down, has partnered with K-Swiss for a March Madness Yahoo Tourney contest.

The contest is inviting users to join the Tournaggeddon Yahoo Tourney Pick ‘Em group. Users will be asked to fill out their tourney selection before the March 17 tipoff of the tournament’s first game. During the selection process, Kenny Powers (Danny McBride) will offer users his input on every team and matchup to help create a bracket. 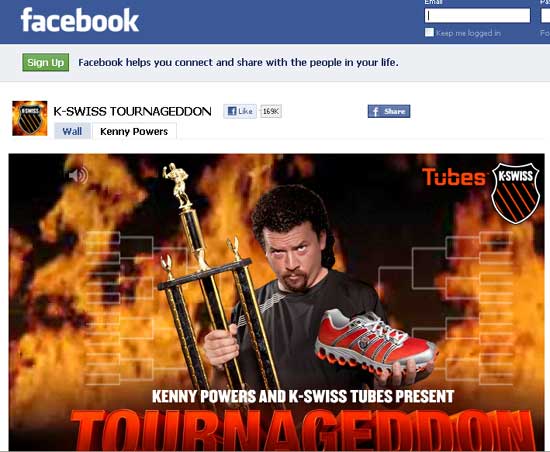 The Tournageddon group page and message board will include Kenny’s custom “scientific analysis” of each team and game in the tournament, “must watch” game recommendations.