Facebook Has Mapped Status Updates Relating To Disaster In Japan

The Global Disaster Relief is an initiative started by Facebook to help raise awareness of natural disasters taking place across the globe. The page was started as a response to the earthquake which devastated Haiti. It’s safe to say the earthquake in Japan has been its largest effort since.

One interesting tool they created in response to the disaster is an image gallery which shows how status updates spread in the hours and days following the earthquake and tsunami. The black dots show the high influx of updates. 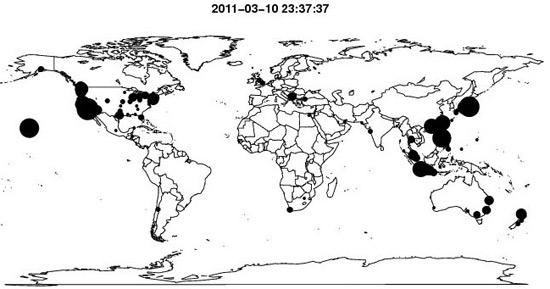 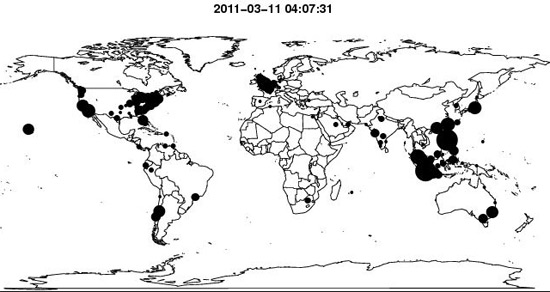 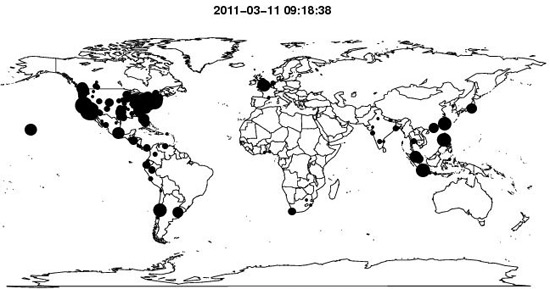 These are three images from the set of ten. It’s interesting to see how the flow of Facebook took place in a span of 24 hours. Highly concentrated updates occurred earlier on the west coast, and within 12 hours the east coast became enveloped with Japan related updates.

Facebook has released this tool as a part of their effort to heighten awareness, and increase donations towards the disaster effort. They’ve partnered with Zynga, famed Facebook game developer, to take donations for ‘Save the Children’s Japan Earthquake/Tsunami Emergency Fund‘. If you’re an avid CityVille, Frontierville, or Farmville player, funds from virtual goods purchased in the series of games will go towards the joint Zynga/Facebook effort.