Facebook of course announced today that it surpassed 500 million users, but the company has shared a few more stats today as well.

Facebook gets 100 billion hits per day. It has 50 billion photos. It has 2 trillion objects cached, with hundreds of millions of requests per second and has 130TB of logs every day. This is all according to a post in Facebook’s Engineering Notes.

The post is all about how Facebook scales to 500 million users. According to the company, it has over a million users per engineer, a number that is steadily increasing. 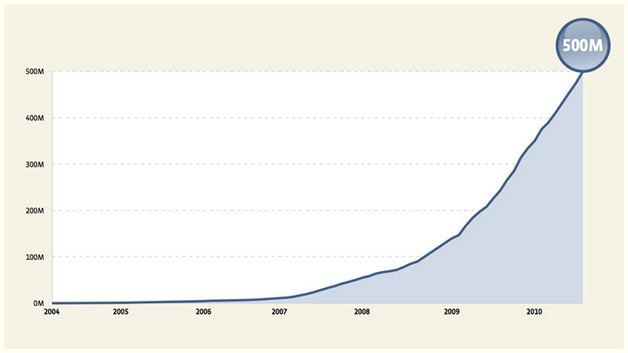 "If you look at the graph of our growth you’ll notice that there’s no point where it’s flat," says Facebook Director of Engineering Robert Johnson. "We never get to sit back and take a deep breath, pat ourselves on the back, and think about what we might do next time. Every week we have our biggest day ever."

"We of course have a pretty good idea of where the graph is headed, but at every level of scale there are surprises," he adds. "The best way we have to deal with these surprises is to have engineering and operations teams that are flexible, and can deal with problems quickly. Moving fast also allows us to try a lot more things, to see which ones actually work out in practice. We’ve found that maintaining this flexibility is far more important than any particular technical decision."

Johnson also talks about measurement, saying that Facebook collects an enormous amount of data and that any particular server exports tens of hundreds of metrics that can be graphed. The post provides an interesting look into the backend of the dominant social network.