What Will We Be Using Facebook For In Five Years?

Facebook is estimated to have somewhere around 700 million users art this point. It was only 500 million when the marketing campaign for The Social Network launched last year.

How long until it reaches a billion? Leave your guess in the comments.

Facebook is seeing a great deal of growth in countries like Brazil, Indonesia, Philippines, Mexico, Argentina, India, Columbia, Egypt, Turkey, and the UK. Facebook has become the top place for communication, photos, games, charity, and news for a lot of people already, and we’ve not even come closer to seeing the limit of what will be done using the social network. One of the interesting things about Facebook’s growth is that the more things people are able to do with Facebook, the more it is likely to grow still. And the company hasn’t even had an IPO yet.

We’ve seen plenty of glimpses into the future of Facebook – things that are being done on a modest scale, which will likely blow up in time (e-commerce, payments, videos, travel, etc.) As Facebook’s growth continues, more businesses are going to feel comfortable using it as a platform of operation, or at least as a major component of it.

We’ve already seen e-commerce on Facebook increase over the last year or so, with more businesses setting up storefronts on Facebook itself, but I expect this to grow much more significantly over the coming years. It will be like selling merchandise through websites used to be. At first, many businesses didn’t offer their actual products through their sites, but now, most do. This will likely be the case on Facebook too, and it might not even take as long.

Most businesses have already recognized the benefits of at least having a Facebook Page, and given the ease of setting one up, compared to creating (and maintaining) a website, it’s not hard to see why wider adoption came so quickly.

We recently ran an article by Krishna De, who discussed nine tips to increase your social commerce success:

1. Have an attractive image for your store
2. Make use of your profile photo
3. Add a customized tab on your Facebook page
4. Incentivize your Facebook fans
5. Mention your Facebook Store in a status update
6. Test the Facebook Store out yourself
7. Consider using Facebook Ads to build awareness
8. Mention the launch on your site
9. Encourage people who purchase to leave a recommendation

Identity is the key to everything Facebook does, and is a major component in every business, app, and website that associates itself with Facebook. It’s all about personalization, and last year when Facebook launched its Instant Personalization features and social plugins for websites, it truly took over the web. Today, you’d be hard pressed to find a credible website that doesn’t have some kind of Facebook integration, even if it’s as small as simply the use of a “like” button.

Despite privacy concerns from many users, they still continue to use Facebook, and using Facebook they can log into and interact with other sites and apps, without having to create a separate account. It ups the convenience factor significantly, and reduces friction. This will continue to be key for future endeavors, and every facet of Facebook usage, whether that be paying for goods online or off, playing games and keeping your records, getting personalized news, keeping personalized music playlists, or whatever else.

Facebook faces competition from companies like Google and Twitter (more so now with Twitter’s integration into Apple’s iOS 5) in the area of identity, but Facebook has a huge lead here, particularly in how it relates to personalization and actual friend-related data.

It is the identity aspect of Facebook that lends it to payments. With Facebook Credits, the social network has its own currency, which one can easily envision becoming a widely adopted and acceptable form of payment given the rise of innovation in the mobile payments space for the physical world, the fact that so many sites are integrated with Facebook in the online world, and the fact that every business already wants you to “like us on Facebook”.

Imagine going to McDonald’s or Sears, and tapping your phone on a device at the register to pay with your Facebook Credits.

By the way, Facebook Credits will reportedly work with iTunes apps too.

There are 107 apps currently on Facebook listed under “Travel,” and that’s just internal Facebook apps – apps you access while on Facebook itself. That doesn’t include the Facebook integration Travel sites all over the web are employing. Look at what Delta Airlines is doing, for example. Its Ticket Counter app lets users check in online and access their boarding pass on Facebook within 24 hours of their departure. It also lets you check flight status, view trip details, and view skymiles.

Travel is just one aspect of life where the ubiquitousness of Facebook comes in handy, as those catering to that aspect (like Delta) are able to take advantage of your Facebook ID to provide you with a helpful service. 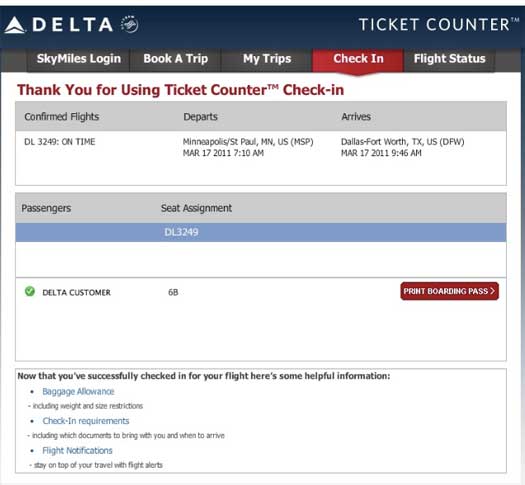 Given Microsoft and Facebook’s relationship, I wouldn’t be surprised to see more Facebook and Bing Travel integrations over time either.

Speaking of Bing, and its partnership with Facebook, don’t be surprised to see Facebook become a much bigger part of the search market picture. Facebook has data that search engines crave already. Personalization is the name of the game, and nothing on the web can come close to delivering the kind of personalized experience Facebook can to those that use it.

We’ve talked at length about Facebook’s potential in search in the past, so I’m not going to go on and on about it here. I’ll simply give you a link or two. But suffice it to say, Facebook is very relevant to search, and search is very relevant to Facebook. It will be even more so, as more businesses and people flock to the social network.

Businesses are already recognizing how powerful Facebook ads can be. I expect Facebook Ads to continue to grow as a more popular place for companies to advertise. The targeting based on all of the data Facebook has about users is simply too great.

Just this week, MerchantCircle put out results of a survey finding that 22% of local merchants have used Facebook ads, and two-thirds of them intend to do so again. That’s as they stand now. You have to consider that Facebook is going to continue to make new features available over time, and find ways to make ads even more attractive to advertisers. It’s highly unlikely that they think their work is done, and that they’re not going to improve.

That goes for Facebook as a whole, by the way. There’s no telling what Facebook and its pool of top engineering talent will come up with in time, that nobody’s even considered yet. Look at everything Google’s done in the last decade. Who knows what Facebook will have its hands in another ten years. By the way, much of that top talent has come from Google.

Obviously games are already an enormous part of Facebook use for a lot of people. One can’t help but wonder if it has even played a part in the cancellation of certain soap operas. Movies and music may be poised to make up an even greater part of the puzzle as well.

As you may know, Warner Bros. has already been testing Facebook movie rentals. You go to a fan page for a movie, and then, you can rent the movie from right there. It’s not at all hard to imagine this becoming commonplace in the industry.

Facebook has also been talking with various music services, according to reports. The product of these talks is rumored to be a tab/widget that would display a user’s most-played songs and provide an easy way for friends to hear them. People are already sharing music on Facebook all the time, whether that be through a YouTube video, a SoundCloud file, or other formats, and bands are already connecting with fans through their Pages.

Musicians are even charging Facebook credits for on-demand concert streams.

People are already getting a lot of their news from Facebook, and Facebook has been placing more emphasis on this side of things itself. If you’re doing all of these other things with your Facebook account, it only makes sense that you would get at least some of your news through this venue as well, by “liking” publications’ Pages, which share links and notes about stories, and through posts that Friends find worth passing on (including through Facebook’s social plugins – like the “like” button or the newer “send” button).

A couple months ago, Facebook announced the launch of new journalist resources and a series of events for journalists to come together and find new ways to better harness the social network for their craft. Of course Facebook has played a significant role in creating the news as well (see recent revolutions). 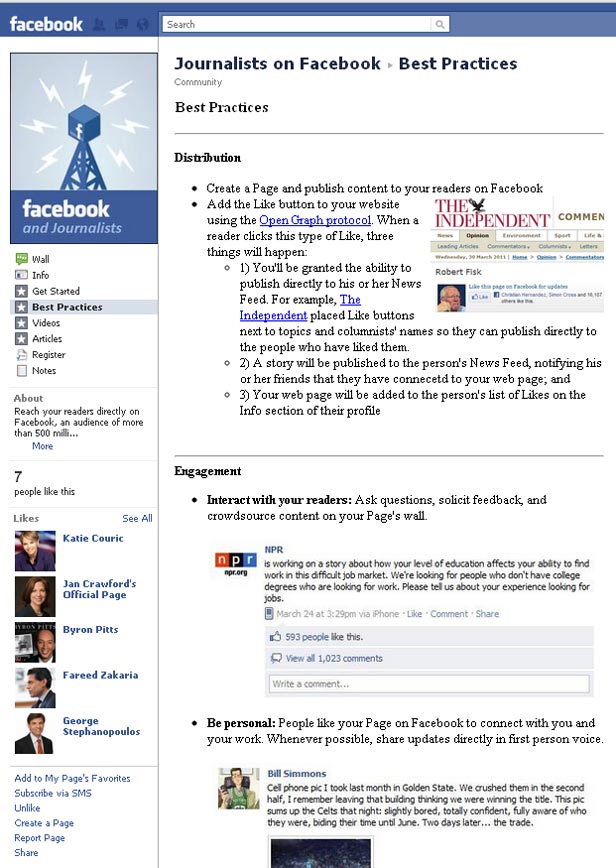 Looking at Facebook’s list of recent acquisitions can give us hints as to what the company might be up to, though as they are often geared toward talent rather than product, we can only speculate until we see results. Recent acquisitions from Facebook include:

What Will We be Using Facebook For in Five Years?

This is where I’d like to call upon feedback from our readers. I’m sure I’ve barely scraped the surface of what the future truly holds for this increasingly powerful company. I want to hear some ideas from you about what you think we’re in for. So, I ask you: what will people be using Facebook for five years from now, that they aren’t already using it for? What would you like to see Facebook do in the future that it doesn’t already do? What would you like to see it stop doing? Comment here.