A man who’s fielded questions about wars and the economy on an international stage might soon start to help a certain social network present itself in a more positive light.  Word is that Facebook would like to hire former White House press secretary Robert Gibbs.

Then the report continued, “The talks are still at an early stage and no formal offer has been made, these people said, adding it remained possible that the discussions could collapse.” 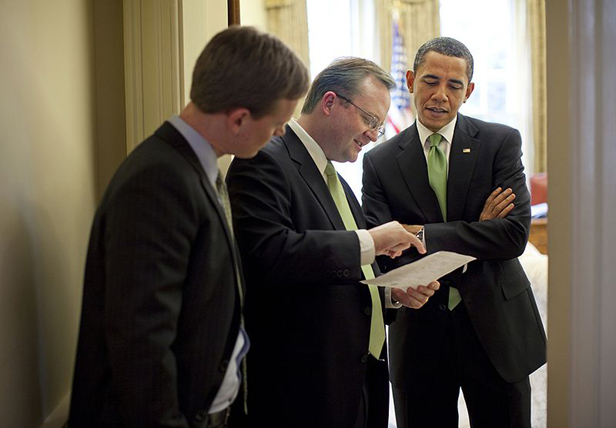 That would be unfortunate for Facebook, given what a valuable addition to the team Gibbs would represent.  It’s a rare person who can claim to have as much experience dealing with tough questions, after all, and the sort of questions a social network may face should be simple next to matters of national security.

Also, compared to a more traditional PR rep, Gibbs is also sure to have connections in Washington that could be useful (and he’d fit right in with the former FTC chairman and White House economics expert Facebook has already hired).

So we’ll see what happens.  According to Sorkin, Facebook’s ready to make Gibbs a rich man (remember that an IPO is approaching), but it’s possible Gibbs will turn down a position there in order to work on Obama’s reelection campaign.