"Using my own Facebook stock, I’m creating the Startup: Education foundation with over $100 million to invest in educating and improving the lives of young people," sayz Zuckerberg in a blog post after announcing the news officially on Oprah. " I’m also challenging others who want to improve education in America to match my contributions." 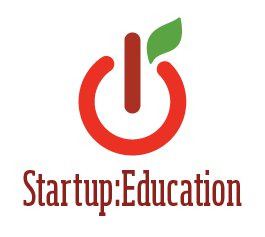 "I’m excited to start this new project," he says. "I’ve been very lucky to have the education and opportunities I’ve had in my life and I look forwarding to participating in giving the 40,000+ students in Newark the same opportunities. Together, we can support a bold and thoughtful program for improving education, starting by making Newark a symbol of excellence."

As Facebook’s PR team is happy to point out, Zuckerberg has received a lot of praise for the move, including some from Bill Gates, how is somewhat portrayed as Zuckerberg’s idol in The Accidental Billionaires (the book that The Social Network is based upon). "Thank you, Mark, for this incredible gift to improve education. Your involvement in the years ahead — your thinking, your energy — will be even more important than your resources," says Gates.  "Improving education in this country is the key to its future, making it a just place, achieving the full potential of all students. There’s a lot to learn. Technology has a role to play, more resources, backing leaders like you have here. I’m excited to be on this journey together and thank you so much."

The foundation’s first project will be to  improve academic achievement for Newark students and create "a national model for rewarding excellence in education."

Newark Mayor Cory Booker (who Conan fans may remember from his banning of Conan O’Brien from the state of New Jersey) has also announced the creation of the Newark Education and Youth Development Fund, a separate non-profit organization whose goal is to secure an additional $100 million to match the challenge grant available through Zuckerberg’s foundation, as well as an additional $50 million to serve disaffected youth.

Zuckerberg’s move is timed as The Social Network nears its release painting Facebook’s CEO in what many perceive to be a negative light (read our review here).

Google Partners With POLITICO On Technology And Politics