Update: According to Nick O’Neill at AllFacebook, there is a "slight privacy oversight" (which he also says is "not a minor bug") that lets users view the latest apps that their friends have been using. He notes that Facebook will probably resolve the issue before full launch.

Original Article: Facebook will be launching the Games Dashboard and the Applications Dashboard in the coming weeks. The company says these will make it easier for users to interact with their apps, and will provide new communication channels from the home page.

"Once launched to users, the dashboards will serve as a personalized destination on Facebook for users to interact with their favorite applications, discover news ones and receive application updates related to recent activity," a spokesperson for Facebook tells WebProNews. "For developers, the Applications and Games dashboards will provide new opportunities for communication with users, as well as discoverability of their applications." 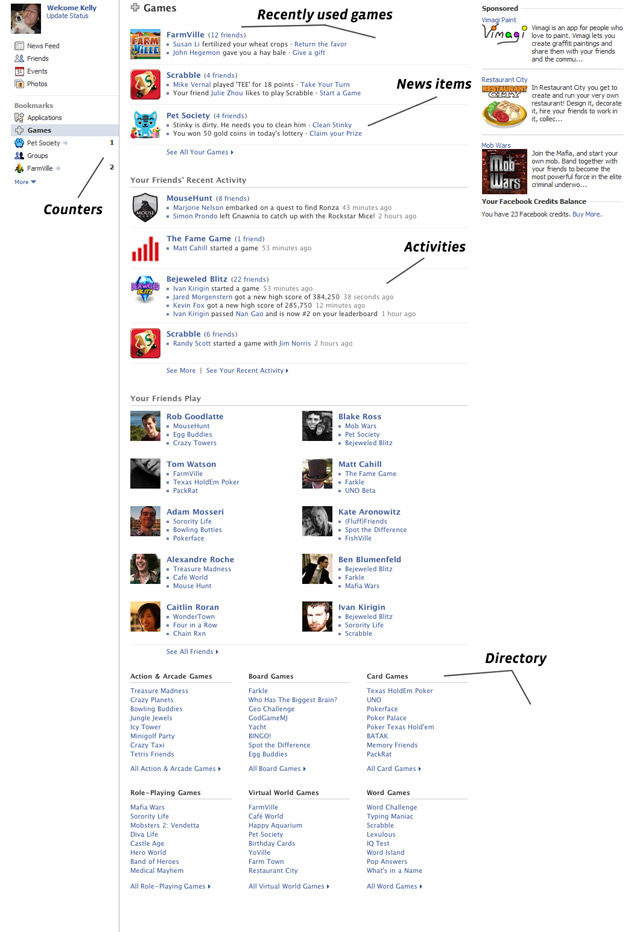