Social networks lead all other recruiting channels for planned investment by employers as the economy rebounds, according to a new survey by recruitment platform Jobvite. 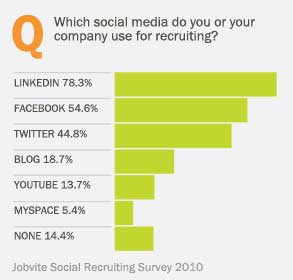 "While the economy begins to recover, companies looking to make new hires are seeking the most cost-effective, efficient ways to find new talent. As our third annual survey shows, social network recruiting has become a mainstream channel for employers who need access to talent," said Dan Finnigan, President and Chief Executive Officer of Jobvite. 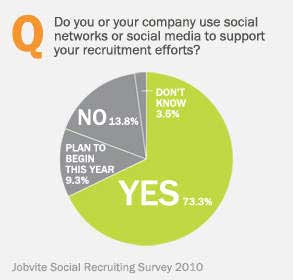 "Job boards launched a revolution in recruiting more than 15 years ago. And now, social networks are doing the same — but in a targeted way. Through social recruiting, companies are learning they can find the best talent efficiently, without making a major investment."

Other highlights from the survey include:

*In addition, 50% of hiring companies plan to invest more in social recruiting while only 17% will spend more on job boards and 36% will spend less

Apple: It's Just the Formula for Signal Strength That's Wrong with the iPhone 4