EzineArticles Tells Authors How to Get Accepted Post Panda

If you’ve been keeping up with the fallout from Google’s Panda algorithm update, you’ll know that EzineArticles has been reported to have been one of the hardest hit sites. Last week, CEO Christohper Knight gave an update about the site’s traffic.

He said, they lost between ten and thirty-five percent of their traffic, but Google has yet to roll out the update internationally, and that could mean more bad news for the sites that have already seen their traffic slides since the U.S. update. 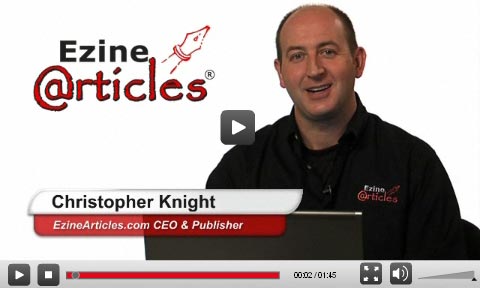 Shortly after the update, EzineArticles quickly set out some new quality guidelines and site tweaks aimed at getting its content back in Google’s good graces. Now they’re giving users tips to help them “create high quality articles that will have a much better chance of being approved”.

EzineArticles’ Director of Online Education runs them down on the company blog. They include:

– Matching author names between the byline and the author in the resource box.

– Limiting links to a maximum of 4 (2 self-serving and 2 non-self-serving). Keeping the self-serving ones in the resource box is recommended.

– Limiting referenced material, with the majority being original content. I wonder how many will simply choose to forego credit where it’s due.

– Limiting resource box to 15% of the total number of words in the article.

– Limiting use of any one keyword to no more than 2% of the total amount of words in the article.

It will be interesting to watch EzineArticles’ traffic patterns in light of the continued focus on quality improvement.

LinkedIn Plugins for Publishers Launched Along With New Platform