The fourth quarter of 2010 – which of course coincided with the all-important holiday shopping season – was a pretty good period for eBay.  The company reported its financial results this afternoon, and managed to come in above analysts’ forecasts.

PayPal, traditionally one of eBay’s best-performing divisions, did quite well on its own, too.  eBay indicated that PayPal finished the fourth quarter with 94.4 million active accounts, and that it’s seeing the number climb by about one million per month. 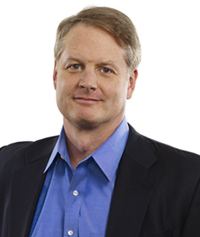 Anyway, with regard to all of this, eBay CEO John Donahoe stated, "We delivered a strong fourth quarter and a solid year, driven by our customer focus, commitment to technology-led innovation and our operating discipline, which is enabling us to reinvest in growth.  We are driving strong global growth at PayPal and strengthening our core eBay business.  And we are innovating quickly in areas such as mobile, which is helping to position us at the forefront of trends shaping the future of shopping and payments."

eBay’s stock is now up 2.75 percent in after-hours trading.

Google Lets You Search with Local Recommendations From Specific Friends