When it comes to data centers, we seem to hear about Google and perhaps Facebook most often.  Both companies have been known to announce new facilities and expansions on a regular basis.  But apparently eBay has quite a lot of expertise in this field, too, as the U.S. Green Building Council recently awarded its Topaz data center the LEED Gold certification.

The LEED certification program is a widely recognized system of encouraging sustainable building practices, and Gold is the second-highest certification level, falling only below Platinum.  It’s not at all easy to get.

A post on eBay’s Green Team Talks blog explained, "Topaz becomes one of only a small handful of data centers on U.S. soil to achieve LEED Gold – a pretty major accomplishment considering the availability and security requirements needed to run eBay AND PayPal’s servers 24 hours a day, seven days a week, 365 days a year." 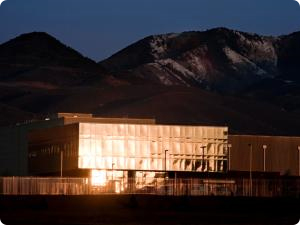 The Topaz data center is located outside Salt Lake City, Utah, by the way, and opened earlier this year.

Know The Rules of the Communities When Marketing in Social Media