Does Urgency Matter More in Email Than in Social Media?

Flock, creator of the social web browser, sent WebProNews some interesting findings about the social media habits of consumers. One finding we found particularly interesting was that based on responses to a survey from the company, 74% say they feel pressure to respond to emails within a day, while only 52% feel the same about Facebook postings. Even more interesting is that only 26% feel that way about responding to personal tweets on Twitter.

Why do you think people place such a lesser amount of emphasis on timeliness when it comes to Twitter? Share your thoughts here.

Here are the findings the company shared:

– 93% feel their relationships with others have stayed the same or improved because of their interaction with friends and family through social media.

– The majority of respondents feel pressure to "keep up" with their online communications, particularly with email where 74% stated they should respond that day while 52% felt the need to reply immediately to Facebook postings. Surprisingly, only 26% saw any need to reply to personal tweets on Twitter. 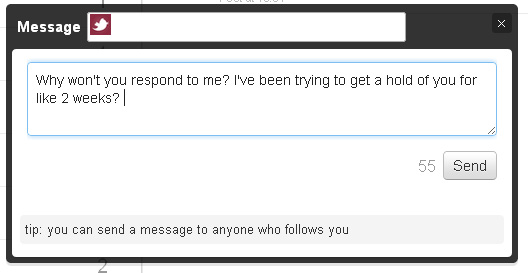 – 60% said they do most of their communicating on social sites from their home while just 17% accessed social media at work. Teachers do not have to worry as only 2% said they tweet or post from school.

– 89% have signed up to one-ten social networks/apps with 11% interacting with more than ten.

– 49% of respondents use social networks such as Facebook, Twitter, LinkedIn and social applications like Foursquare, Gowalla, and Shopkick (excluding email) to communicate with others more than 50% of their time.

– Social media is on the rise in business with 72% stating that they use it for communications with business contacts.

What you do with this information is up to you, but it’s clear social media is becoming an increasingly popular avenue of communication, not just among consumers, but among businesses (not to mention between consumers and businesses). However, at this point, if you have messages that require timely responses, it’s looking like your best bet is still communicating through email.

Of course this will certainly depend on the person you’re communicating with. Still, I think it’s safe to say that most people, particularly in business, will still be checking their email fairly regularly. From a business perspective, I’d make a habit out of timely communication no matter what the channel.

I would suggest putting a little more emphasis on subject lines, whether you’re communicating by email, Facebook, or Twitter. People are more likely to open your message if the subject is enticing and/or relevant to them. If they open, they’re one step closer to responding.

What is your preferred channel of communication: email, Facebook, or Twitter? Let us know in the comments.

Apple vs. Google: Who Wins This One?