Does Google Instant Mark the End of SEO?
A reporter (I believe she was from AdAge) attending Google’s Q&A about Google Instant pointed out that the new search feature tends to favor big brands. This isn’t really surprising, as it is these brands that are more likely to be searched for most often. After all, they’re big because people know them.

Do you think Google Instant is a threat to SEO? Share your thoughts.

iCrossing has a list of brands that come up when you enter each letter of the alphabet (not all are brands, but many are). A is for Amazon (not Apple), B is for Bank of America, M is for Mapquest (not Microsoft), N is for Netflix, P is for Pandora, V is for Verizon, and Y is for Yahoo.

You must keep in mind, however, that the instant results are personalized. Google takes into account things like your location and your surfing habits when providing you results.

Steve Rubel says that Google Instant makes SEO irrelevant. "Here’s what this means," he says. "No two people will see the same web. Once a single search would do the trick – and everyone saw the same results. That’s what made search engine optimization work. Now, with this, everyone is going to start tweaking their searches in real-time. The reason this is a game changer is feedback. When you get feedback, you change your behaviors."

He’s not wrong about that, but I’m not sure that makes SEO irrelevant. Google has been showing different results to different users for quite a while now. This is really just an extension of that.

Businesses might want to try (and have other people try) doing searches for keywords that they would expect people to use to find their site. See what comes up (keep in mind the personalization) and work from there. Easier said than done no doubt, but it’s something to consider. Think about what kinds of people will be interested in your products and what other kind of searches they might be doing. It’s not a science, but again, perhaps something worth considering. It might mean getting to know your customers better, which can’ t be a bad thing anyway. Maybe it means asking them to take surveys. Maybe it doesn’t.

The whole thing doesn’t help organic SEO’s case in the old SEO vs PPC debate. I’ll give Rubel that.

Speaking of PPC, Google says Google Instant changes the way it counts impressions. "It’s possible that this feature may increase or decrease your overall impression levels," says Google’s Dan Friedman. "However, Google Instant may ultimately improve the quality of your clicks since it helps users type queries that more directly connect them with the answers they need." 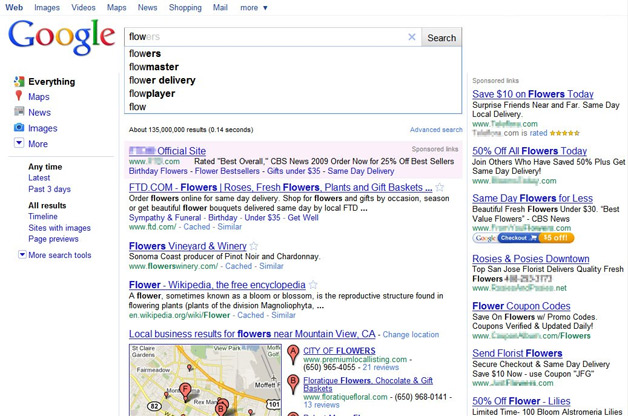 Trevor Claiborne of the Google Analytics Team says that Analytics users might notice some fluctuations in AdWords impression volume and traffic for organic keywords. "For example, you may find that certain keywords receive significantly more or fewer impressions moving forward," he says.

You should read this post on the Google Webamster Central blog. It says that impressions are measured in three ways: the traditional way, when a user clicks on a link that appears as they begin to type, and when a user stops typing, and the results are displayed for a minimum of 3 seconds.

Sidenote: Google’s Matt Cutts weighed in on the whole will Google Instant kill SEO thing. "Almost every new change at Google generates the question ‘Will X kill SEO?’ Here’s an video I did last year, but it still applies," he says.

He says, however that over time, it could change SEO. "The search results will remain the same for a query, but it’s possible that people will learn to search differently over time," says Cutts. "For example, I was recently researching a congressperson. With Google Instant, it was more visible to me that this congressperson had proposed an energy plan, so I refined my search to learn more, and quickly found myself reading a post on the congressperson’s blog that had been on page 2 of the search results."

Google Instant will likely become increasingly important to search marketing, because not only will it roll out to more countries (it’s starting in the U.S. and a select few others), but it will soon come to mobile and browser search boxes. Each of these factors will greatly increase how often Instant results are displayed.

The mobile factor actually has implications for Google retaining a substantial amount of mobile searches in general. The better (and quicker) Google can give results on any kind of query, the less reason users have to go to different apps to acquire certain information.

Google clearly said that ranking stays the same with Google Instant, but it will change the way people search. It will affect their search behavior, and that is what search marketers are going to have to think about more than ever. You should also consider that some people will simply deactivate the feature, leaving them open to Google’s standard results.

Tell us what you think of Google Instant. Do you like it or not?