Facebook has introduced its latest changes to privacy settings, to appease disgruntled users who have been somewhere within the range of mildly irritated to outraged over the previous incarnation. The company is getting numerous pats on the back, or at least "that’s more like it" responses from people for the most part (there are some who still aren’t satisfied).

While the settings do address the main concerns that have been so widely discussed and publicized since the launch of Facebook’s Open Graph/instant personalization initiative, no privacy settings are truly going to protect people’s privacy on Facebook – and that’s not Facebook’s fault. I would blame a combination of human nature and technology. 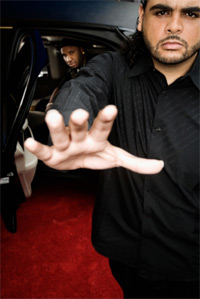 If you’re worried about privacy and how it is related to Facebook, it really doesn’t matter how many times Facebook adjusts its privacy settings. The fact of the matter is that there is no more privacy, unless you don’t interact with people whatsoever. This applies whether you have a Facebook account or not. That really makes no difference if someone whips out their phone and takes a picture of you. With most modern phones, all they have to do is tap a button to send it right to Facebook for all of their friends to see. Did you say or do something embarrassing at a party? Witnesses can easily become instant broadcasters, and there’s a good chance that some of their Facebook friends know you.

Did you casually mention something to a friend? Anything? They may mention it in a status update and instantly let all of their friends know about it. Whether or not they did this with any malicious intent is irrelevant. It happens. Human contact in general should be considered non-private. If you say or do anything that you truly want kept private, you better keep it to yourself or let people know you don’t want others to know about it (and hope that they care).

Facebook is really just an extension of the web itself, when it comes to privacy. The same rules apply to YouTube, MySpace, Twitter, blogs, or any other platforms where users can communicate to the public (or even to a closed network).

The privacy issues that exist now have existed the entire time the web has been around. It’s only the pace of sharing, which has accelerated. Years ago, someone could have easily created a website about you if they knew how to create a website at all. Status updates and blog posts are just easier. Smartphones make them almost like a reflex for some people – and the smartphone market continues to grow rapidly.

Mark Zuckerberg has taken a lot of flack over the privacy concerns that have arisen around Facebook of late, as well as his own stance on privacy in general, but no matter how much Facebook or any other social networking entity on the web tweaks its privacy, your privacy will never truly be ensured – unless you hide from society completely.

There are pros and cons to the manner in which technology evolves (and continues to do so). Regardless of your stance on privacy, it’s pretty clear that things aren’t going to be slowing down anytime soon, and a decreased sense of privacy is simply a side effect.

Apart from the grand scheme of things, Facebook’s new settings should make some users more comfortable, and the more comfortable Facebook users are the better off Facebook and anyone who considers it a significant part of their business strategy will be.

"What these privacy advocates don’t get is that Facebook, like Google, isn’t free," says SeeWhy Founder Charles Nicholls, who has written about the subject. "It’s a massive service that needs to be paid for, and that service is going to be funded by a multi-billion dollar advertising business, just as Google is. This is the price you pay for using a ‘free’ service. Facebook ‘Like’ is central to this strategy and equally important for ecommerce."

Many (myself included) have speculated that Facebook’s Open Graph could lead to the company launching an AdSense-like product down the line, with the ability to target users all over the web based on their personal interests. It could be very powerful. Mark Zuckerberg’s response to the notion that any of the company’s recent moves are geared toward advertising (via VentureBeat):

There is also this idea going around that if people share information openly that we can use it better for ad targeting. But advertisers don’t get any information from the system. We don’t give your information to them. We target all the ads ourselves. And it doesn’t matter who you’re sharing with, whether it’s your friends or the public. It doesn’t affect the ads at all.

Does that change anything? Couldn’t an AdSense-like product still work without the advertisers getting personal information from users and letting Facebook do the targetintg?

Regardless of whether or not such an ad network is ever actually released, e-commerce businesses have a lot to gain from Facebook’s Open Graph.

"From an ecommerce point of view, what’s not to like here?" asks Nicholls. "It’s now really easy for your visitors to share what they like on your website with their friends, without so much as a login. The ease of use and simplicity of the ‘Like’ button makes it a sure-fire hit, as long as users can get comfortable with privacy."

Comfort or no comfort from users, the Open Graph is definitely a hit with businesses, and judging from all the "liking", "recommending", etc. going on around the web, privacy may really not be as big of a concern among general users as it has been made out to be in the media.

If you have anything to contribute to this conversation, please do so in the comments.