Almost exactly 13 months ago, Dick Costolo joined Twitter as its COO after founding FeedBurner and working at Google.  Now he’s received a considerable promotion, with Evan Williams announcing that Costolo will serve as Twitter’s CEO.

Williams explained the change on the Twitter Blog, writing, "I am most satisfied while pushing product direction.  Building things is my passion, and I’ve never been more excited or optimistic about what we have to build. . . .  This is why I have decided to ask our COO, Dick Costolo, to become Twitter’s CEO."

Want to know more about Costolo?  Here’s his LinkedIn profile, and Williams wrote, "During his year at Twitter, he has been a critical leader in devising and executing our revenue efforts, while simultaneously and effectively making the trains run on time in the office."

Also, for whatever it’s worth, Costolo’s famous (in some circles) for his sense of humor, having once worked as a comedian.

On that note, here’s the rather ironic screen we encountered when trying to look up Twitter’s new CEO minutes ago: 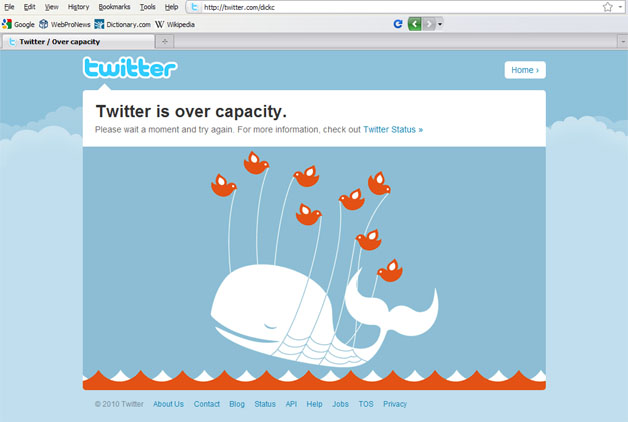