Conduit: We’re Doing for Web Apps What iPhone Did for Mobile Apps

Mobile apps have captured much press and imagination this week, as Google has unveiled its App Inventor project, but Conduit is reminding everyone that web apps are big business.

The company has announced that its network has grown to over 250,000 app publishers & 170 million users, with adoption of apps by end-users increasing 233% between last July and last month. 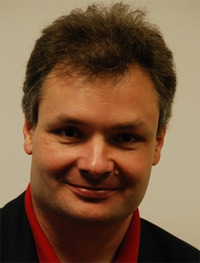 "While most of the buzz in the media is about mobile apps, the reality of the situation is that 118 million more people use Conduit-powered apps than iPhone and Droid apps combined," says Conduit president Adam Boyden. "In fact, the Conduit Network of app publishers and users is so large that we are able to identify unique trends about web app usage."

Some of these trends? According to Conduit:

– Since August of 2009, the number of web publishers that have more than one million users has grown from 1 to more than 40

– Over 8 million people got the Coke Zero-Avatar App last December in the first 10 days after launch. After the success of that app, digital agency Mediatronica built another and the recently launched Coke Zero SWAT App, already has 2.5 million users.

– The Pitsi mini-game app generated more than 66 million engagements during the first 10 weeks of 2010.

"Conduit is doing for web apps, what iPhone did for mobile apps and in a bigger market – the browser," says Boyden.

"The last year has been phenomenal for Conduit not only because we have worked with some of the best brands in the world, but also, more importantly because we have leveled the playing field for small publishers and developers to give them exposure and distribution comparable to huge companies," he adds.

According to Conduit, entertainment apps are the largest segment (no surprise there), but news apps and social media apps are also quite popular. In fact, the social media category has been the fastest growing one of the past year.