Over the years, there have been more than a few arguments about whether online news sites are killing newspapers.  Now, due to some almost startling comments made by the president of CNN, it looks like the next round of old media-new media disputes might concern social networks and cable news organizations. 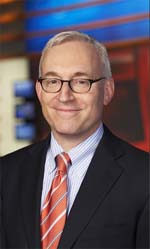 According to the AFP, Jonathan Klein’s remarks on this subject were in no way ambiguous.  He said at Bloomberg BusinessWeek’s 2010 Media Summit New York, "The competition I’m really afraid of are social networking sites.  That’s an alternative that threatens to pull people away from us."

Klein then explained, "The people you’re friends with on Facebook or the people you follow on Twitter are trusted sources of information. . . .  Well, we want to be the most trusted name in news.  We don’t want the 1,000 people you follow in Twitter to be the most trusted sources for you. . . .  So I’m far more worried about the 500 million people on Facebook than I am about two million people watching Fox."

That’s an interesting take on the power of social networks.  It implies – at the very least – that CNN anchors are going to spend a whole lot more time referencing Facebook and Twitter from now on.  An ad campaign and new apps could follow, too.

On a broader scale, Klein seems to be saying that social networks’ users can easily – even unwittingly – make or break major corporations.