Google has enabled Flash Player integration in the stable release of its Chrome browser.

"In March, we announced that we would be bringing improved support for Adobe Flash Player to Google Chrome," says Product Manager Jeff Chang. "Along with driving the development of a next generation browser plug-in API, this integration will eliminate the need to install Flash Player separately and reduce the security risk of using outdated versions. In the near future, we will extend Chrome’s “sandbox” to web pages with Flash content to further protect users from malicious content."

"We have been testing the integration in Google Chrome’s dev and beta channels over the last few months in order to ensure a quality experience for all our users," adds Chang. "Over the last week, we have enabled the integration by default in the stable channel of Chrome." 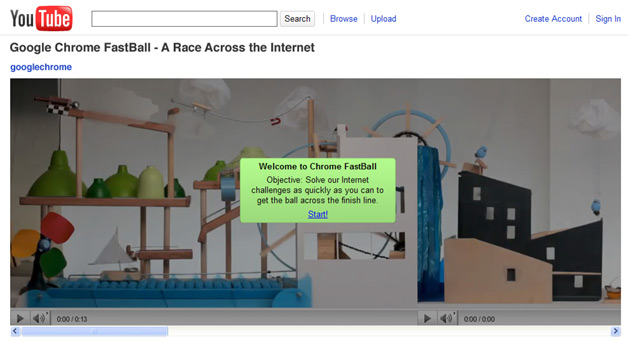 On a somewhat related note, Google launched Chrome FastBall today. This is a YouTube-based game, which is described as a "race across the Internet". I’ll let you get the details about that here.

Submit Various Content Types to Google in One Sitemap File

"YouTube Ready" Captions Can Add to Your Search Strategy