Google’s Chrome browser has overtaken Apple’s Safari in the U.S. for the first time on a weekly basis according to StatCounter.

The company says for the week beginning June 21 Chrome surpassed Safari to claim third place in the U.S. browser market.

"This is quite a coup for Google as they have gone from zero to almost 10% of the US market in under two years," said Aodhan Cullen, CEO, StatCounter. 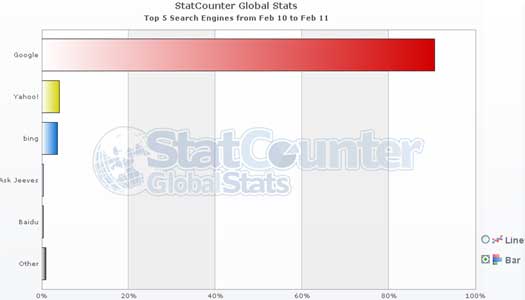 "There is a battle royal going on between Google and Apple in the internet browser space (Chrome v Safari) as well as in the mobile market (Android v iPhone)."

Globally Chrome has been well ahead of Safari for some time with 9.4% of the market compared to 4% for Safari. Microsoft’s Internet Explorer has 53% of the global market followed by Firefox on 31%.