Google announced today that it is releasing a new stable version of Chrome, which the company says is even faster and more streamlined. In fact, Google claims it is three times faster on JavaScript performance than it was two year ago, when Chrome was first launched (it’s the two-year anniversary, by the way).

"We’ve also been working on simplifying the ‘chrome’ of Chrome," says product manager Brian Rakowski. "As you can see, we took the already minimalist user interface and stripped it down a bit more to make it easier to use. We combined Chrome’s two menus into one, revisited the location of the buttons, cleaned up the treatment of the URL and the Omnibox, and adjusted the color scheme of the browser to be easier on the eyes."

"As always, we’re hard at work on making Chrome even faster, and working on ways to improve graphics performance in the browser through hardware acceleration," adds Rakowski. "With the Chrome Web Store, we hope to make it much easier to find and use great applications on the web. We also ratcheted up the pace of our releases so that we can get new features and improvements to everyone more quickly." 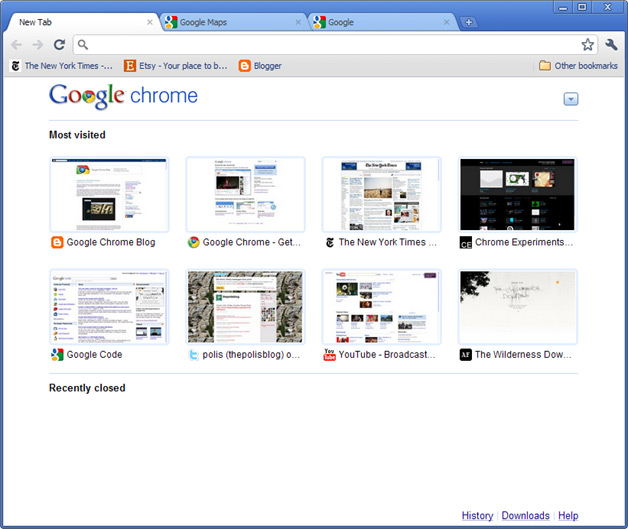 The new stable version can be downloaded here. Google has a list of all stable and beta channel updates here.

If you’re more interested in the fact that it is Chrome’s 2nd birthday, you can get more reflection on how far the browser has come in those two short years by reading this celebratory post from Google.