Chatroulette Cleans Up its Act

If you’re aware of the existence of Chatroulette, you’re probably aware that it is often associated with people exposing their private parts. Unfortunately, those on the other end of that exposure are sometimes minors, and it has become such a problem, that Chatroulette creator Andrey Ternovskiy has decided to get the law involved.

In a message posted to that Chatroulette site, he explains:

Luckily we all live in a real world, and we can easily apply the laws of a real world even on an internet application. With the help of a few good developers we’ve started collecting information, such as IP addresses, logs and screen captures of offenders who actually break US/UN laws by broadcasting inappropriate content in a specific situations. We’ve captured and saved thousands of IP addresses of alleged offenders, along with logs and screenshots which prove wrong behavior. We are initiating a conversation with enforcement agencies and we are willing to provide all the information we have. I hope that with help of a Criminal law we can finally get the problem out of our shoulders and get existing organizations which usually solve these kind of problems to help us. 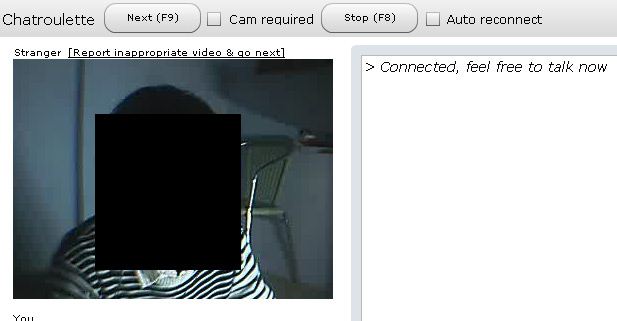 Ternovskiy says they have already blocked thousands of IP addresses, and have reported known offenders. He says the service is already "much cleaner" than before.

Finally, he notes that some new features are on the way. These include local matching algorithms and channels.