Apple CEO has made comments recently implying that people aren’t searching much with their phones. When Jobs announced iAds, Apple’s new mobile advertising platform, for example, he said something along the lines of "people aren’t searching on their phones." WebProNews received an email on behalf of ChaCha who apparently doesn’t take too kindly to Jobs’ implications (the title of the email was "500 million issues with Steve Jobs"). ChaCha borrowed a quote from the New York Times: 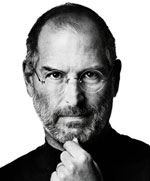 "Search is not where it’s at" on phones, Steve Jobs said recently to reporters at the NYT. "People are not searching on a mobile device like they are on the desktop."

ChaCha tell WebProNews it has just answered its 500 millionth question (in less than two years). "Teens and young adults routinely ask ChaCha questions (about a million a day) from their mobile devices instead of using search providers since they return links instead of answers," the rep says. "Maybe he thinks searching within the Apps Market does not count. And since many Apps are just better Bookmarks the search activity may be less compared to Win Mobile etc. users…Was searching for my phone just the other day. Before that I was searching for an address, restaurant, and looking up a phone number — from my phone."

I think people are doing a fair amount of searching on their phones as well, and that certainly extends well beyond ChaCha’s offerings. Most of the people I know (myself included) do a pretty decent amount of searching on their phones (at least the ones who have smartphones). In fact mobile has enhanced search a great deal with things like voice search and location-based features.

We commented on Jobs’ comments on our Facebook page recently, and commenters seemed to think Jobs was a little off the mark on this topic as well.

We know Apple and Google are becoming big time rivals, even though Google search is still in Apple’s mix. Search also may be becoming a bit more diversified in the sense that how we search for certain kinds of queries is changing more and more, but I don’t think people are going to stop searching from their phones. If you ask me, they’re going to be doing it more as smartphone adoption continues to rise. But I could be wrong. I’m no Steve Jobs.