ChaCha Closes $7 Million Round of Funding

Answers service ChaCha announced today that it has closed a $7 million E round of funding. The service lets users go online, call, or text questions on mobile phones and receive answers "within minutes" for free. The service has an iPhone app and lets people ask questions via Twitter as well.

This round of funding might be particularly significant for the company. "We believe this latest round provides ChaCha the cash required to reach profitability," says CEO Scott A. Jones.

Over the past four years, since its inception, ChaCha has raised about $52 million from prominent tech leaders, venture capitalists, and angel investors. The company says its text service passed Google in mobile text traffic in Q3 2009. According to ChaCha, when the company’s mobile service launched in January 2008, Google SMS had nearly 100% of he mobile text search market, but ChaCha now has more text traffic, coming from users mostly under the age of 25.

That may be why ChaCha is considering itself the "#1 way for advertisers to reach teens and young adults on their mobile phones." 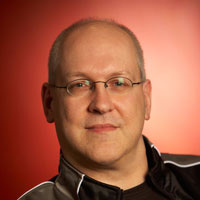 "Given that we started our mobile text service less than 2 years ago, that also makes us the fastest-growing mobile text service that provides advertisers with a way to reach elusive teens and young adults," says Jones. " We have been monetizing from national brands and local businesses who want to be ‘in the conversation.’  We have provided a successful advertising venue for brands, including The CW Network, IKEA, Paramount Pictures, McDonald’s, Palm, Coca Cola, AT&T, J&J, P&G, Wal-Mart, Best Buy, and hundreds of other businesses."

"ChaCha acts as a ‘smart friend’ to answer any question via text (or voice, iPhone, or twitter), particularly from college-age and high school-age students," adds Mr. Jones.  "While many headlines frequently report ‘mobile web’ search traffic stats, the reality is that ‘smart phones’ represent less than 20% of phones that are in users’ hands today (iPhones represent about 6%).  For the vast majority of mobile phone users, the common denominator of texting, which works on virtually all phones, is the more universal way to get answers.  Interestingly, our new iPhone app gets MORE engagement from users than our mobile text service, which leads us to believe that ChaCha will be even more successful as smart phones (iPhone, Blackberry, Droid, etc…) continue to proliferate."

Between its mobile and online services, ChaCha has answered over 300 million questions in the past two years. The company cites data from Quantcast, which indicate it gets over 10 million unique monthly visitors in the US.

> ChaCha Gets Extra-Important $10M In Funding