Update: Gibbs is now reporting that T-Mobile’s move only affects messaging aggregators "that serve as kind of a middleman" between businesses and carriers. Companies with direct ties to T-Mobile ( a group that includes Facebook and Twitter) will reportedly not be affected.

Original Article: According to reports, T-Mobile may start charging businesses extra for sending large amounts of texts over its network, beginning at the beginning of October. ChaCha, whose service is largely based on sending text messages to users, appears to be pretty pissed off at the notion. WebProNews received the following statement from ChaCha CEO Scott Jones, indicating as much:

"If  T-Mobile moves forward with its “twitter tax” that is rumored to begin on Oct 1st, ChaCha absolutely will drop T-Mobile from our service.  T-Mobile is a carrier that doesn’t understand the realities of content businesses including Facebook, Twitter, ESPN, and ChaCha.  ChaCha has more than 15 million monthly unique users for whom we answer over 2 million questions every day. The vast majority of these answers are delivered by SMS text. T-Mobile is already getting paid by subscribers for these texts and they are paid something already by aggregators/publishers.  Now, they plan to impose an egregious and unacceptable tax. 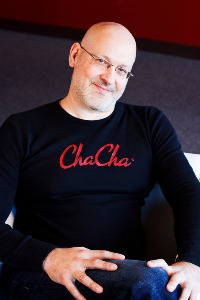 “Given that the costs to deliver text are miniscule, T-Mobile already makes profits from what they charge their customers, aggregators, and publishers.  There, T-mobile is “triple dipping.”  We don’t see any reason for this, other than greed.
“This will be unfortunate for T-Mobile users who will either need to switch to another carrier to enjoy texting services, or access similar services via the mobile web and/or mobile apps (for which T-Mobile gets nothing incrementally). Starting today we will make it clear to our T-Mobile users that ChaCha would still be available on other carriers and/or via the mobile web or mobile apps.
“If T-Mobile moves forward they will give their subscribers reasons to consider other carriers and/or prevent defectors from AT&T/Sprint/Verizon from considering T-Mobile.  Also, their proposed pricing move will completely stifle innovation in the space, further harming T-Mobile customers.
“ChaCha knows that our real-time “answers” and dbase of billions of answers is valuable and can be leveraged within any of these platforms.  We prefer that T-Mobile not take this step, but if they do, we will no longer provide our free SMS service to T-Mobile and shift the traffic to other carriers and platforms. It’s unfortunate for T-Mobile subscribers since they will miss out on ChaCha and many free services because of this short-sighted move by T-Mobile.”
Colin Gibbs at GigaOm, who reported on the possible toll, notes that Verizon tried a similar strategy a couple years ago, but faced tremendous backlash, not unlike that being displayed from ChaCha, and abandoned the plan.
Share This
Previous Article