Once upon a time, Carl Icahn complained about the way Jerry Yang was running Yahoo and bought a massive number of shares to force him out.  Later, Icahn joined Yahoo’s board of directors and gave Carol Bartz his full support.  Now, Icahn’s involvement seems almost over, as he’s sold around 7.9 million shares. 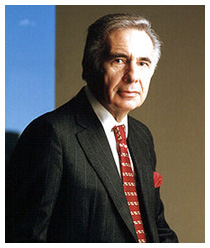 Icahn appears to be rather more confident in the ability of Lions Gate Entertainment (his latest takeover target) to make money than Yahoo, then.

This sale isn’t without precedent, though.  In February, we reported that Icahn had distanced himself from Yahoo in an even more dramatic matter, unloading around 48.5 million shares of the company’s stock in the last few months of 2009.

Also, it’s important to remember that Icahn is considered to be a corporate raider, not a long-term investor, so this sort of reversal is natural for him to make.

Then here’s one more noteworthy point: while Yahoo’s stock is down 0.68 percent so far today, that puts it ahead of the Nasdaq, which is down 0.76 percent at the moment.

May 18, 2010
Latest Posts
Registration is disabled.