One of the keys I’ve repeatedly referred to, is the launch of Windows Phone 7, which will make Bing the default search option. If these devices take off, they could help push Bing’s share tremendously (not to mention the company’s deals with Yahoo and Facebook).

Bing wants to get to you through other mobile devices too though. Currently, Microsoft is really pushing Bing use on the iPhone, as Nick Wingfield with the Wall Street Journal points out. According to his article, at one point, there were 7 apps bearing the Bing name in the top 26 most frequently downloaded iPhone apps. 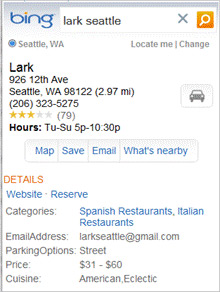 While some of these were third-party apps and just gave users access to free music, Microsoft has still seen this as a chance to capitalize on the Bing brand in iPhone users’ hands.

WSJ quotes Microsoft spokesman Adam Sohn as saying, "It turns out if you have more than one of these apps at the upper-end of the store, you see decent lift across all of them. It’s an innovative way that we can introduce ourselves to users of the iPhone platform, encourage downloads of our search app and do it in way that’s fun and engaging."

According to the WSJ, Bing will have an Android app out within months – Google’s territory. With Google’s Android Market being much more open to apps, there is not only room for more Bing apps, but for more third-party Bing-related apps. That could bode well for this strategy of Microsoft’s. However, they may still have a hard time trumping those search hard keys on Android devices that take users directly to Google.