Blogging vs. Twitter: It Shouldn’t Be About the Format

In case you were wondering, Twitter is not killing blogging. No matter how many times this is said, there is still this notion out there that blogs aren’t needed when you can simply express what you’re feeling to the audience who is interested through Twitter (or Facebook or other social networks). The fact of the matter is, yes – you can do this with Twitter or Facebook, but blogs exist just the same, and the blogs and social networks frequently complement one another. 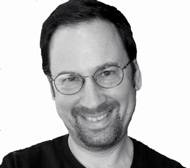 At SXSW recently Scott Rosenberg, author of Say Everything: How Blogging Began, What It’s Becoming, and Why It Matters said when he told people he was writing about the history of blogging, he got two very different responses. One was along the lines of "Blogging is dead. Why do you want to write about that?" The other was more like, "A history of blogging? How can you write a history of it when it is still so new?" Rosenberg’s anecdote represents the diversity of perspectives around blogging.

Another perspective is that blogs and Twitter are like different kinds of paper. Asking, "Should I use a blog or use Twitter?" is like asking "What kind of paper should I use in my book?" said tech blogger Josh Fruhlinger on that same panel, who also made the most reasonable point on the subject: the idea that that there’s someone out there thinking, ‘should I be a blogger or a Twitterer or a Facebooker’ "makes me cranky," he said. In other words, don’t focus on the format rather than the content.

Guy Gonzalez of F+W Media made another great point: "Anyone who thinks Twitter is a substitute for a blog probably wasn’t a good blogger to begin with."

Last year, we looked at some polls that ProBlogger’s Darren Rowse conducted, finding that more people preferred to have more blog readers, as opposed to more Twitter followers. Granted, Twitter use has grown significantly since then, but I don’t know that the outcome would be much different now. A lot of bloggers are using Twitter simply to drive traffic to their blog posts.

As WebProNews recently discussed with Google’s Matt Cutts, people often seem to be fixated on the idea that some new service or technology always has to kill another service or technology, and in most cases, it just doesn’t happen that way. Blogging vs. Twitter has been debated for several years now. They’re both still living together in harmony.