There are plenty of satirical magazines out in the world, there are also plenty of HTML5 demoes showing off the technology, and there’s undoubtedly a large number of iPad apps. However, Blackline is an iPad magazine app that brings the complete package, providing not just funny and unique content, but displays how HTML5 is a wonderful creative outlet.

The magazine app (appazine? no? ok…) is a collaborative effort of Christian Ugbode, Lerone D. Wilson, and Robert Pinderhuze, who had a comedy podcast before releasing their magazine. The same satirical and dry humor of the podcast works just as well in magazine form, and it also has a certain flair to it missing from other publications of the type.

Upon loading up Blackline, you’re met with an editor’s note which sets the tone of the magazine really well, stating, “You don’t want to wake up in the morning and read the news at a computer and then read us making fun of it. You want us to be at your fingertips when you need us, whether you’re on the couch, on a bus, or at the airport. You paid for an iPad, and we consider it our personal duty to make sure you never wish you had gotten a Kindle Fire instead and saved a few dollars (Apologies to Kindle Fire users. It’s a good enough device but face it: you’re cheap)”

Once you get into the meat of the content, you’ll be met with a wide variety of topics. Everything from Facebook, Netflix, Al Sharpton, Maya Angelou, and even Tetris. Nothing is too sacred in Blackline. My favorite article was about Bo Obama, the “first dog” at the White House. Which you can have a quick preview below, to get a feel for their article layout. It also features one of their many “faux ads” taking jabs at the political campaign season. 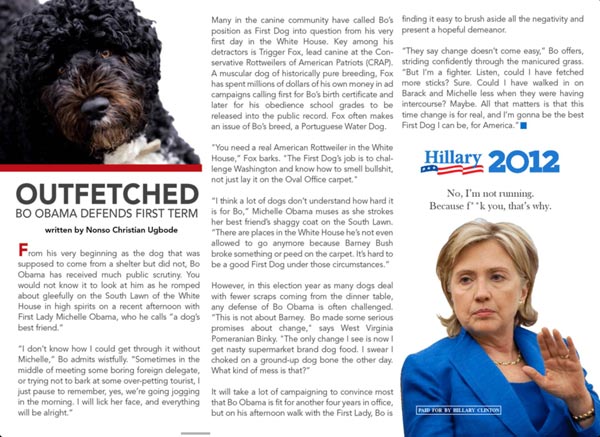 The most impressive use of HTML5 is within the ‘Maya Angelou’s Ice-Box’ feature, which was highlighted by Mashable. It allows users to move around various words on an ice-box; creating your own custom-made Angelou verse(s). Again, something to do while you’re on the toilet.

Along with the interactiveness of their HTML5 feature, the magazine has many embedded YouTube videos you can watch. One of which is an original Blackline exclusive which you can watch below.

Instead of having traditional ads like you’d see in a magazine of this type, they want you to follow them on Facebook or Twitter. Which is evident by one of their calls to action, telling users to ‘pound it’. Good stuff. 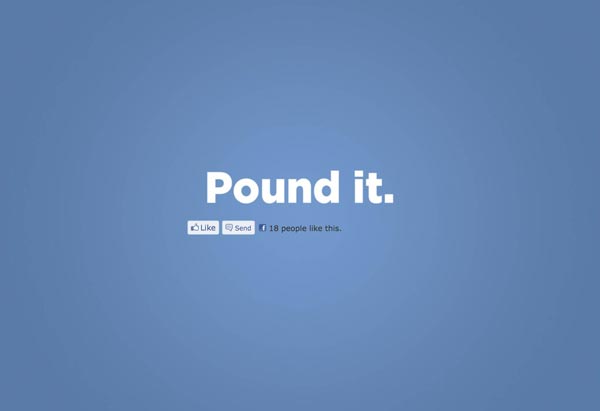 Along with HTML5, Blackline is utilizing the new iPad 3 retina display, as all of the articles and features you’ll see are stunning in quality and pushing all of the pixels to their fullest.

Will The World End In 2012? Google Still Has No Official Position