BBC News reports that two Gulf states have announced bans on some BlackBerry functions based on security concerns. The United Arab Emirates will block sending emails, accessing the Internet, and delivering instant messages to other Blackberry handsets, while Saudi Arabia will prevent the use of Blackberry to Blackberry instant messaging.

The Wall Street Journal posted an interesting piece on companies that use softare to capture what people type on websites and sell it to other companies. The WSJ calls such spying on Internet users, "the fastest-growing business on the Internet."

Google revealed a new imagery update for Google Earth that will soon also be available in Google Maps. The update includes high resolution aerial updates for numerous locations in the U.S., Canada, and the Netherlands, as well as high resolution satellite updates for quite a few countries. 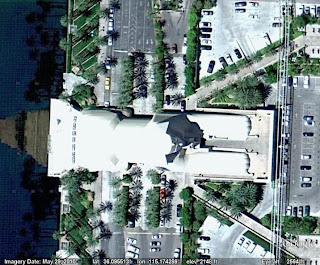 The FTC is looking into a browser-level way for consumers to opt out of behavioral advertising to avoid being tracked by advertisers, Brocasting & Cable reports.

Live Science points to a study that finds that you may increase your chances of living longer if you have strong social relationships. Interestingly, the study assessed how involved people are with their social networks and communities.

Mike Masnick at Techdirt points to a new open iPhone App Market that doesn’t require jailbreaking, and that "Apple can’t stop." It’s called OpenAppMkt, and creates an app market for iPhones via HTML. "Effectively, this is an entire ‘app market’ for the iPhone that simply routes around Apple as a gatekeeper, and there’s really not much that Apple can do to stop it. And, of course, since the apps in the OpenAppMkt are just HTML, it likely won’t be difficult for OpenAppMkt to extend this to other platforms as well, such as Android (even though Android’s much more open market means that there’s less of a reason to developers to use OpenAppMkt for Android)," he says.

Masnick also posted another interesting piece about how software firms are overwhelmingly against patents.