When a user selects "Maps and Places", a task pane opens, which lets you add new locations or interact with previously defined locations. It will default to the address you have in your Windows live profile. If you add a new place, you can store it in a Bing Maps collection and pick it from a list later.

"Once you made a quick pick from the list or geocoded a new address you can optionally edit the details and then insert it into your email," says Bing’s Johannes Kebeck. "I think that’s a great idea. If only I could have that in Outlook too." 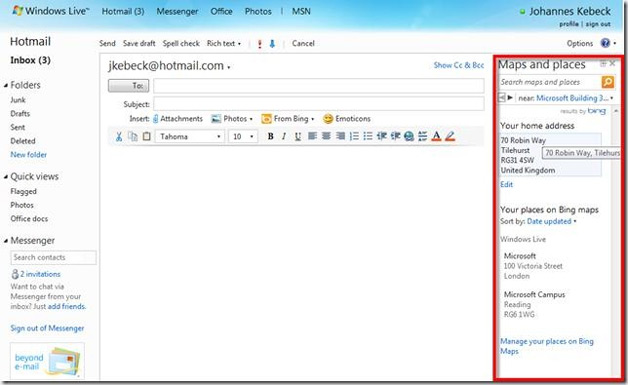