Without a doubt, the biggest storyline in search this week has been Google accusing Bing of cheating and stealing its results, Bing semi-denying this, and the back and forth that’s gone on between the two dominant search engines.

Who’s right: Bing or Google? Tell us what you think.

The whole thing came to light when Danny Sullivan posted an article detailing Google’s "sting operation," which Bing would later call "spy novelesque" and even "click fraud". Essentially, Google rigged up some forced search results to test Bing, and found that Bing was indeed displaying the results in question.

Just hours after Sullivan’s article came out, Google’s Matt Cutts and Bing’s Harry Shum took to the stage at the Farsight search event to publicly argue about what Bing had done and the ethics of it. Bing also put up an official blog post showcasing its position on the matter. "We use over 1,000 different signals and features in our ranking algorithm. A small piece of that is clickstream data we get from some of our customers, who opt-in to sharing anonymous data as they navigate the web in order to help us improve the experience for all users," wrote Shum. "To be clear, we learn from all of our customers. What we saw in today’s story was a spy-novelesque stunt to generate extreme outliers in tail query ranking. It was a creative tactic by a competitor, and we’ll take it as a back-handed compliment. But it doesn’t accurately portray how we use opt-in customer data as one of many inputs to help improve our user experience."

"The history of the web and the improvement of a broad array of consumer and business experiences is actually the story of collective intelligence, from sharing HTML documents to hypertext links to click data and beyond. Many companies across the Internet use this collective intelligence to make their products better every day," Shum continued. "We all learn from our collective customers, and we all should…We never set out to build another version of an existing search engine."

It didn’t take long for Google to offer up its own official blog post, rehashing the tactics described in Sullivan’s article, with added commentary from Google Fellow Amit Singhal, who said, "As we see it, this experiment confirms our suspicion that Bing is using some combination of: Internet Explorer 8, which can send data to Microsoft via its Suggested Sites feature, the Bing Toolbar, which can send data via Microsoft’s Customer Experience Improvement Program, or possibly some other means to send data to Bing on what people search for on Google and the Google search results they click. Those results from Google are then more likely to show up on Bing. Put another way, some Bing results increasingly look like an incomplete, stale version of Google results—a cheap imitation."

"At Google we strongly believe in innovation and are proud of our search quality," he added. "We’ve invested thousands of person-years into developing our search algorithms because we want our users to get the right answer every time they search, and that’s not easy. We look forward to competing with genuinely new search algorithms out there—algorithms built on core innovation, and not on recycled search results from a competitor. So to all the users out there looking for the most authentic, relevant search results, we encourage you to come directly to Google. And to those who have asked what we want out of all this, the answer is simple: we’d like for this practice to stop."

A bit of irony regarding that part about innovations and algorithms was revealed when Amazon recommendation engine creator Greg Linden reported that Google had switched to a recycled version of Amazon’s algorithm for recommendations on YouTube. Granted, this is not really the same thing as what Bing is doing, but it was an interestingly timed report, given Singhal’s words.  Update: Linden says in the comments to this article that the timing was coincidental. 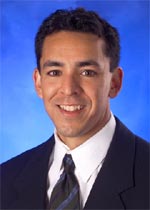 Google did not get the last word in the war with Bing (at least not yet…I’m sure we haven’t seen the last word at this point). Bing took to its blog again, this time with some words from VP of the company’s online services division, Yusuf Mehdi. "We do not copy results from any of our competitors. Period. Full stop. We have some of the best minds in the world at work on search quality and relevance, and for a competitor to accuse any one of these people of such activity is just insulting," he said. "We do look at anonymous click stream data as one of more than a thousand inputs into our ranking algorithm. We learn from our customers as they traverse the web, a common practice in helping to improve a wide array of online services. We have been clear about this for a couple of years (see Directions on Microsoft report, June 15, 2009)." No link is provided unfortunately.

"Google engaged in a ‘honeypot’ attack to trick Bing," he added. "In simple terms, Google’s ‘experiment’ was rigged to manipulate Bing search results through a type of attack also known as ‘click fraud.’ That’s right, the same type of attack employed by spammers on the web to trick consumers and produce bogus search results.  What does all this cloak and dagger click fraud prove? Nothing anyone in the industry doesn’t already know. As we have said before and again in this post, we use click stream optionally provided by consumers in an anonymous fashion as one of 1,000 signals to try and determine whether a site might make sense to be in our index." (emphasis added)

He also mentions some design elements Google has employed since Bing’s launch that are rather Bing-esque, which we’ve also pointed out in previous articles.  "At the same time, we have been making steady, quiet progress on core search relevance," he said. "In October 2010 we released a series of big, noticeable improvements to Bing’s relevance. So big and noticeable that we are told Google took notice and began to worry. Then a short time later, here come the honeypot attacks. Is the timing purely coincidence? Are industry discussions about search quality to be ignored? Is this simply a response to the fact that some people in the industry are beginning to ask whether Bing is as good or in some cases better than Google on core web relevance?"

Search quality certainly has been in question lately, particularly with regards to content farms, but Bing doesn’t appear to be doing anything much differently in that regard so far. Blekko is the only one that has really clamped down on those at this point, though Matt Cutts did finally acknowledge that the recent Google algorithm change is not the search engine’s answer to content farms, and that they still have some projects they are working on in that department. He said they want to do it all algorithmically, as opposed to in a human-edited fashion like Blekko. Meanwhile, it looks like we might have a whole new kind of content farm emerging that doesn’t even use humans to create the content.

Another side note in all of the Google/Bing drama is that Microsoft has now released a Chrome extension for support for the H.264 video codec, which Google recently announced would no longer be supported by Chrome. As WebProNews mentioned in a previous article on the subject, Microsoft has offered similar plug-ins for other browsers, so to say that this is in any way related to the search dispute is a bit of a stretch, but the timing is interesting.

While Bing and Google continue to duke it out, there is no clear winner in who is right and who is wrong. User opinions are widely varied. Comedy Central’s Stephen Colbert had a pretty amusing take on the whole thing (hat tip to Sullivan):

All joking aside, what do you think of the whole situation?

Has Bing done anything wrong in its practices? Was Google wrong to set up its "sting operation"? Share your thoughts.

Testing the Fair Use Balance