Less than a month after IAC’s Ask.com announced its decision to stop competing in the search market, another major change is taking place as Barry Diller gives up the title "CEO of IAC."   Gregg Blatt, who previously served as CEO of Match.com, will replace Diller. 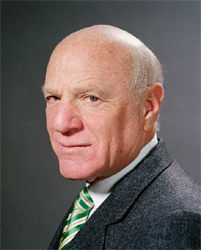 Diller, an industry legend, isn’t leaving the company, in any event; he’ll now act as "Chairman and Senior Executive."  Also, Diller intends to purchase enough stock over the next nine months to increase his voting share to more than 40 percent, so it’s not like he’ll be an important figure in name only.

Diller just explained in a statement, "It’s been clear to me for some time that this Company needs a full time aggressive and aspirational executive in the CEO role.  While I’m not going anywhere, IAC, with its operating businesses growing, large cash resources and virtually no debt, needs the kind of leadership that Greg Blatt can bring it in order to continue to grow and thrive many years into the future."

So back to Blatt.  Blatt became CEO of Match.com in early 2009, and the site experienced record growth under his supervision.  Before that, he served as executive vice president, general counsel, and a member of the Office of the Chairman at IAC, and put in some time at Martha Stewart Living Omnimedia, too.

Blatt said with regards to his promotion, "I couldn’t be more excited about the new position and the opportunities in front of IAC."