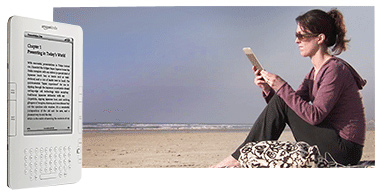 Barnes and Noble noted in its announcement that the new Nook 3G price made the device the first undre $200 dedicated full-feature eBook reader to offer both free 3G wireless and Wi-Fi connectivity.

Amazon says of the Kindle, "Even though it’s a 3G wireless device, Kindle has no monthly fees or annual contracts," noting that 3G eliminates the need to hunt for Wi-Fi hotspots.

Amazon makes a point of saying that its device is in stock and available for immediate shipping.

It looks like the real winner of this price war will be the consumer.

Google Works with About.com On Making the Web Faster