Anchor Intelligence told WebProNews the record attempted click fraud rate can be attributed to dramatic growth in botnet scale and volume around the globe. 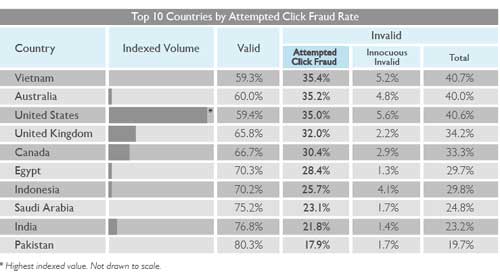 "By releasing this report, we hope to convey the importance of advertising with ad networks and search engines that partner with third-parties such as Anchor to certify their traffic quality."

The jump in botnet activity across the Anchor Intelligence network is consistent with other accounts of corrupt activity originating from compromised computers around the world. Recent reports from McAfee and Google identified a surge in cyber attacks against blogs criticizing mining projects in Vietnam.

In addition, in December and January, over thirty companies were targeted by cyber attacks origination from China that were designed to steal personal data from corporate networks.