There’s a lot of big news in celebrity Twitter-use this week. First Charlie Sheen joined Twitter and captured the attention of the much of the web (attention that continues  today). Now, Ashton Kutcher, one of Twitter’s biggest celebrity stars has had his Twitter account hacked.

According to Marshall Kirkpatrick at ReadWriteWeb, the person who took over Kutcher’s account from the TED conference.

Ashton, you’ve been Punk’d. This account is not secure. Dude, where’s my SSL?less than a minute ago via web

P.S. This is for those young protesters around the world who deserve not to have their Facebook & Twitter accounts hacked like this. #SSLless than a minute ago via web 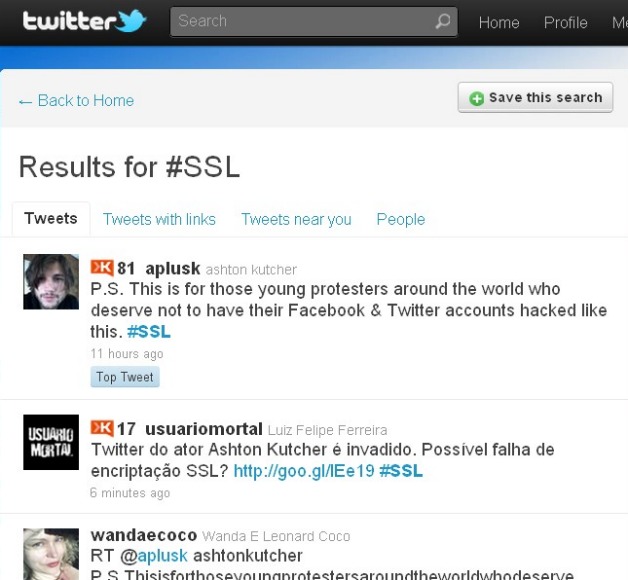 Kutcher currently has 6,395,786 followers on Twitter. It was only less than two years ago, when he reached his widely publicized first million followers. A little over a month later, Kutcher threatened to delete his Twitter account following the announcement of a TV show that would have normal people competitively stalking celebrities (via a Twitter partnership). Obviously that didn’t happen.

Square Processing Over $1 Million a Day