Are Credit Card Payments the Biggest Obstacle to Mobile Commerce?

Retrevo has provided us with some results from a recent survey looking at consumer behavior with regard to making purchases using mobile phones. Based on these findings, it appears credit cards may be getting in the way.

– Mobile shoppers seem to have doubled since February – In a February 2010 Retrevo Study, almost 10% of people indicated they had purchased something using their cell phone. Today, that number has doubled.

– When asked what would make them more likely to purchase something from a retailer using their cell phone, 24% said, not having to provide their credit card info, 13% said if their credit card was stored with the retailer, and 16% said they’re comfortable making purchases from their mobile phones now. 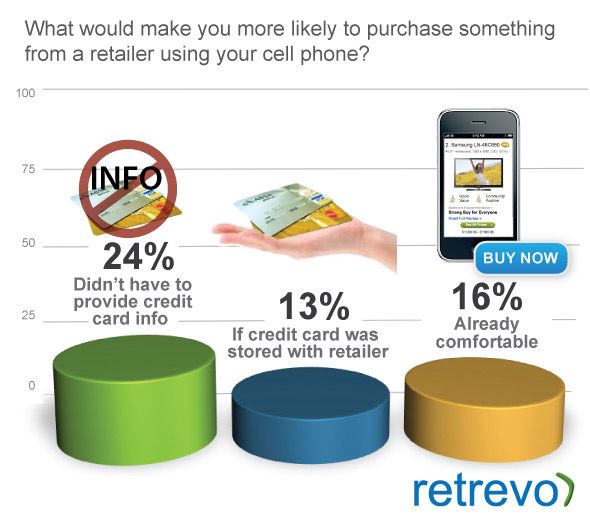 Andrew Eisner, Retrevo’s Director of Community and Content says, "Note to retailers: if you want more sales from mobile customers, make it easy for them to store their credit card info and while you’re at it, keep your eye on retailers like Amazon with innovations like PayPhrase or Mobile Payments Service that might take some of the friction out of online or mobile transactions."

He also points out that apps are making everything easier, and that includes shopping. Retrevo found that about 42% of those who have shopped with their phones said they have used apps to make purchases.

Do you require mobile users to enter credit card info with each sale? Tell us why.