The App Store has revolutionized the way mobile applications are developed and distributed. With over 250,000 apps and 6.5 billion downloads, the App Store has become the world’s largest mobile application platform and App Store developers have earned over one billion dollars from the sales of their apps.
We are continually trying to make the App Store even better. We have listened to our developers and taken much of their feedback to heart. Based on their input, today we are making some important changes to our iOS Developer Program license in sections 3.3.1, 3.3.2 and 3.3.9 to relax some restrictions we put in place earlier this year.
In particular, we are relaxing all restrictions on the development tools used to create iOS apps, as long as the resulting apps do not download any code. This should give developers the flexibility they want, while preserving the security we need. 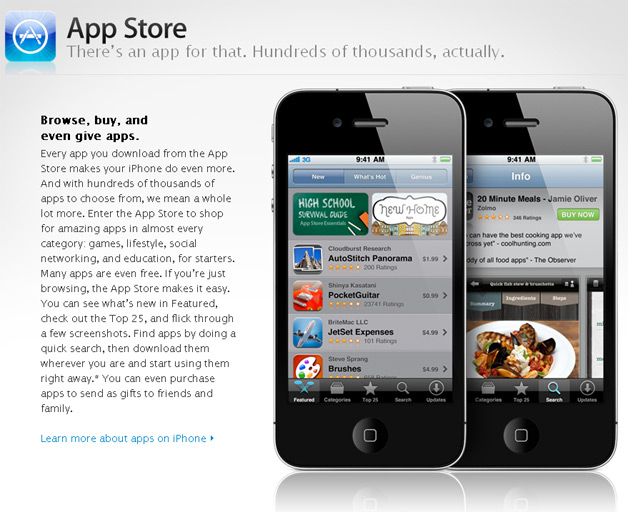 In addition to these changes, Apple will publish its App Store Review Guidelines so that developers can see what all is taken into consideration before submitting their apps. Apple says it hopes this will make it more transparent.

Apple has had a reputation for being pretty stingy with app acceptance. In fact, the company has caused a lot of controversy in this area, particularly around apps that it deemed to be adult-oriented, while still allowing other apps from bigger brands that appeared to be more adult-oriented than some of the ones rejected. More on that here.
Share This
Previous Article